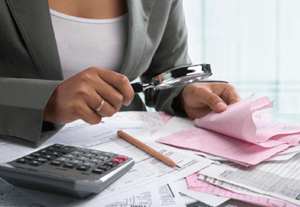 I-9 audits are silent raids which have increased from virtually zero under the previous administration to over 7,500 under President Obama.

The number of employers arrested by ICE for criminal immigration violations this year is over 100 and we are only in May. The amount of administrative fines levied against employers in 2012 is quickly approaching $5,000,000.

In the words of Senator Dianne Feinstein (D-CA), these I-9 audits  “are going to decimate our farms and farm-dependent jobs”.

And it isn’t just farms. Who does our gardening, takes care of our kids and our elderly parents, and staffs our restaurants and hotels?

When politicians, particularly those on the far right, rail against “illegal aliens”, they conveniently ignore the immigration status of those who wait on them, cook for them, park their cars, and pick their fruits and vegetables.

Employers are not so lucky.

Under President Bush, there would be a big immigration raid every few months with hundreds of workers arrested for using fake documents, prosecuted, jailed, and deported. Deported only to return in a few days or weeks.

Under President Obama, it is the employers who must pay the piper. Few employers are farsighted enough to hire an attorney to perform an internal I-9 audit before they receive a Notice of Inspection from U.S. Immigration and Customs Enforcement (ICE). However, once ICE descends on an employer, frantic phone calls are made to immigration lawyers. Often, this is too little, too late. Many employers, even those who faithfully follow the I-9 requirements, are forced to fire a substantial portion of their workforce.

What is the answer to this government-enforced madness?

Representative Lamar Smith (R-TX)</a, Chairman of the House Judiciary Committee, advocates the Big Government approach. Instead of I-9 forms, “we should replace this outdated system with E-Verify, a successful Web-based program that quickly identifies illegal immigrants working in the U.S…”

Even for true believers who think that E-Verify works with amazing accuracy and limited intrusion into the workplace, it ought to be obvious that one significant result of making this system mandatory would be that millions of people would lose their jobs.

And who then would do the work that makes our economy run? Would unemployed Americans work the fields? How many laid off workers would take a job making beds at a hotel or washing plates in a restaurant?

Take it from a former INS prosecutor, our present immigration policies have about as much chance of succeeding as did Prohibition in the 1920s.