Applying for a Green Card

Thinking about applying for a green card? You may obtain lawful permanent residence in several ways: 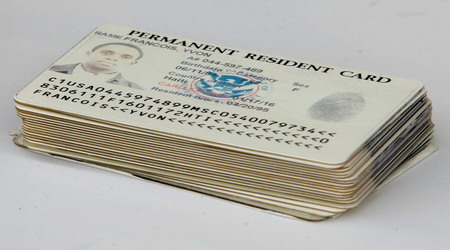 1. By being petitioned by a close relative who is a U.S. citizen or permanent resident. Waiting times vary considerably according to the closeness of the relationship, the immigration status of your relative, your marital status and your country of birth. For example, if you are married to a U.S. citizen, you may obtain a green card in six months or less. However, if you are petitioned by your brother who is a U.S. citizen, it may take over ten years for you to obtain permanent residence, even longer if you were born in a country with a large backlog like Mexico or the Philippines.

2. By being petitioned by a U.S. employer who can not find a U.S. worker with the education and experience to fill a particular job. Many foreign-students in the U.S. have no close relatives to petition for them, and must rely on employer sponsorship.

3. By being chosen for the annual immigrant visa lottery . Several million persons, in and out of the U.S., applied for 50,000 visas this year. Your odds are not good, but there is no harm in trying.

4. If you qualify, you may apply for lawful permanent residence as an investor, as a person of extraordinary ability, as an outstanding professor or researcher, as a multinational executive or manager, as a religious worker, or as a person of exceptional ability or as an advanced-degree holder if this would be in the national interest of the U.S.