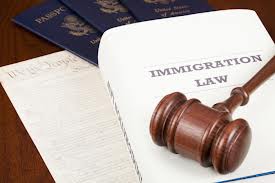 Today, an AF need not be “aggravated” nor a “felony”.  It includes many nonviolent offenses which are comparatively minor.

However, on June 10, 2021, in Borden v. United States, the U.S. Supreme Court held that only crimes which require the perpetrator to have either (a) an intent to use violence against a person or (b) knowledge that they will subject a person to violent force can be considered a “violent felony” under the Armed Career Criminal Act. A person with three or more prior violent felony convictions may receive a much longer criminal sentence for certain federal crimes. A crime that can be committed by only “reckless” behavior is not enough.

Though the term “aggravated felony” comes from federal law, it must be applied to crimes under state laws. In some cases, state crimes that may sound negligible to most people, do not involve violence and are not felonies are nonetheless viewed as aggravated felonies by federal immigration authorities.

What are the Consequences of Being Convicted of an Aggravated Felony?

A conviction for an AF makes it difficult to receive any kind of immigration benefit such as a green card, naturalization, asylum, temporary worker status or even a visitor’s visa.

Deportation without a Removal Hearing Before an Immigration Judge

Immigrants with such an AF conviction have few legal protections. For example, a non-green card holder who is convicted of an AF may be administratively deported from the US without a hearing before an Immigration Judge.

Immigration and Customs Enforcement (ICE) is required to detain any non-US citizen convicted of an AF upon release from criminal custody.

Any non-U.S. citizen convicted of an AF is ineligible for asylum, even if he or she fears persecution if returned to his or her native country.

Ineligible for Cancellation of Removal

Any non-U.S. citizen convicted of an AF is ineligible for cancellation of removal which is a form of relief allowing Immigration Judges to allow persons to remain in the US.

Ineligible for Certain Waivers of Inadmissibility

Any non-US citizen who is convicted of an AF is inadmissible to the US. Persons in the US who have never had a green card may apply for a 212(h) waiver to excuse past criminal conduct, but only if they can show “extreme hardship” to a qualifying US citizen or lawful permanent resident relative.

Non-US citizens convicted of an AF are ineligible for voluntarily departure. Instead, they will be ordered removed from the US.

Anyone removed from the US after being convicted of an AF is permanently inadmissible, unless he or she receives a special waiver from the Department of Homeland Security (which is very rare).

Anyone removed from the US following a conviction for an AF, and who subsequently reenters the country illegally, may be imprisoned for up to 20 years.

This area of law is very complicated and it is advisable that you consult both an experienced immigration attorney and an experienced criminal defense attorney before pleading to any charges that may affect your immigration rights. The table below provides insight into what are considered aggravated felony convictions under federal immigration law.

Aggravated Felonies in the Immigration Context