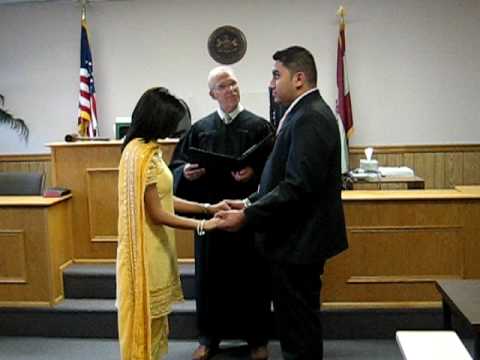 A K1 visa is for a fiancee of a US citizen.  It allows her/him to come to the US to get married. They are available for male-female and for same-sex marriages.

The first step to establish eligibilty for a K1 visa is for the US citizen to submit a I-129F petition to the USCIS. Once the petition is approved, it will be sent to the National Visa Center (NVC).   The NVC will give you a case number and send your petition to the U.S. Embassy or Consulate where your fiancé(e) lives.

it will be forwarded to a US Consulate abroad where the fiancee will apply for his or her K1 visa. The petition is valid for 4 months although this period may be extended by a consular officer.

In order to obtain a K1 visa, you and your fiancé must intend to marry each other within 90 days of your fiancé entering the U.S as a K-1 nonimmigrant. Your marriage must be valid, meaning both you and your fiancé have a bona fide intent to establish a life together and the marriage is not for the sole purpose of obtaining an immigration benefit.

Upon receipt of an approved petition, the US consular officer will notify the fiancee and give him or her the necessary forms and instructions to apply for a K-1 visa. Since a K-1 visa applicant is an intending immigrant, he or she must meet most of the same documentary requirements of an immigrant visa applicant. In addition to the prescribed application forms, the following documents are normally required:

The consular officer may ask for additional information, such as photographs and other proof that the relationship with your U.S. citizen fiancé(e) is genuine. Documents in foreign languages, other than the language of the country in which the application takes place, should be translated. Applicants should take to the visa interview clear, legible photocopies of civil documents and translations, such as birth and divorce certificates. Original documents and translations will be returned.

Both the US citizen and the fiancee must be legally able and willing to conclude a valid marriage in the United States. They must have previously met in person within the past 2 years unless the government waives this requirement. As soon as the processing of a case is completed and the applicant has all necessary documents, the fiancée will be interviewed at a US Consulate. If found eligible, a visa will be issued.

K1 VISA: US PORT OF ENTRY

At the port of entry, the fiancee will receive a stamp in his or her passport giving temporary permission to work pending marriage to the U.S. citizen. The marriage must take place within 90 days of admission into the US. Following the marriage, the K-1 spouse must apply for adjustment of status to become a conditional permanent resident. Before the green card expires in 2 years, the immigrant must apply to the USCIS for removal of the conditional status.