IMMIGRATION UPDATE is the Web’s most popular e-mail newsletter regarding US immigration laws and procedures with over 60,000 subscribers located in more than 150 countries. It is written by a former INS Trial Attorney (1976-82) with over 40 years of experience practicing immigration law.

Want to keep up to date with the latest changes in immigration laws, procedures, processing times and forms? Subscribe now to our Immigration Newsletter, join the conversation on our Facebook Page, follow our Blog Posts and subscribe to our “How-To” Immigration Videos.

1. H-1B Lottery Selections Made by USCIS: What’s Next?

The number of cap-subject H-1B petitions submitted by employers during the first week of April fell for the second year in a row. Approximately 190,000 petitions were filed, down from 199,000 last year and 236,000 the year before. Over 95,000 of the submissions were for persons who have advanced degrees from universities in the United States.

The May Visa Bulletin contains one significant retrogression and a couple of noteworthy advancements in the employment-based categories.

The EB-1 category for persons born in China and India went from being current in March back to January 1, 2012 in April, a retrogression of over 6 years. This is due to significant demand. In May, both China and India EB-1 remain frozen.

The best news is that India EB-3 for professionals and skilled workers advances 3 months. However, EB-3 for China and the Philippines fails to advance.

EB-5 for Chinese investors remains frozen at July 22, 2014 while EB-5 Vietnam retrogressses to the same date.

Below are the State Department’s Charlie Oppenheim’s predictions (4-13-18) for the movement of employment-based priority dates for the rest of the fiscal year:

Under the assumption that it takes roughly five months for I-485s to be processed to completion, it is not surprising that there were several dramatic final action date advancements in the April Visa Bulletin. The motivation for and timing of these movements was to spur demand that would result in full visa number usage before the end of the fiscal year on September 30, 2018. Since it is unlikely that most May I-485 filings will be processed to completion before the end of the fiscal year, many employment-based preference categories hold their April final action dates in the May Visa Bulletin, with only modest advancements in a few select categories. These advancements were made in an abundance of caution, based on data Charlie received from USCIS regarding the number of pending cases. Categories in which final action dates will remain the same include:

There are only five categories with modest advancements:

As Charlie predicted, EB-5 Vietnam became oversubscribed, due to high demand, and will assume a final action date of July 22, 2014 in May, tracking to EB-5 China.

The following chart tells the story of the EB numbers in detail for May 2018:

B. DATES FOR FILING OF EMPLOYMENT-BASED VISA APPLICATIONS– These dates indicate when immigrant applicants can send adjustment of status applications without having to wait for their priority dates to become current.

F-4 Brothers & Sisters of US Citizens

An applicant’s priority date is the day that the government received the I-130 Petition. For more on family-based visas and how you can shorten your application time, see Attorney Shusterman’s video near the top of this page.

The worldwide family-based categories advance in May between 2 and 5 weeks except for 1st preference category which remains frozen.

India F4 (brothers and sisters of US citizens) advances by 2 weeks.

The Mexican family-based categories move forward by 3 to 9 weeks and the Philippines between 1 and 6 weeks.

Below are the State Department’s Charlie Oppenheim’s predictions (4-13-18) for the movement of family-based priority dates for the rest of the fiscal year:

The following charts tell the story in detail:

B. DATES FOR FILING FAMILY-SPONSORED VISA APPLICATIONS– These dates indicate when immigrant applicants can send adjustment of status applications without having to wait for their priority dates to become current.

4. Facebook Live – Engage with Our Attorneys in Real Time

In May, attorneys from our law firm will discuss a wide range of immigration topics, including: employment-based work visas and green cards, what employers need to know about immigration, family-based immigration, immigration for E-2 and EB-5 investors and much more.

Facebook Live allows us to provide some tips and information regarding immigration law. It also provides viewers the opportunity to ask questions during the broadcast.

See the chart below for a schedule of dates, attorneys and subjects:

You can watch videos of our most recent Facebook Live sessions below:

Our goal is to help you understand how immigration laws, regulations and procedures affect you.

5. Success Story: Hire an Attorney Who Will Fight for You 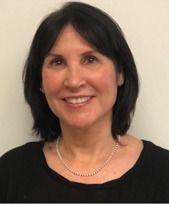 Cheryl Gertler, Esq.
As they say – never give up. Perseverance, strategic thinking and working with a good immigration attorney are the keys to obtaining permanent resident status.

Our client whom we will call Amanda had been in the U.S. working in TN status for almost 5 years when she came to our office. She had been working as a management consultant for a local manufacturing company and was interested in remaining in the U.S. on a permanent basis. Her employer was willing to sponsor her for a green card. That was the good news. But, there were other factors to consider when creating her case strategy.

Which green card category? How far could we go in the green card process before her current TN status expired? What was the strategy for her to stay and continue working lawfully in the US until a decision was made? What, if any, backup plans were available?

There were also questions about Amanda’s qualifications. She did not have a college degree, her work experience was with multiple companies spread over a long period of time, some of the companies had gone out of business, there were gaps in her resume, and so on.

We addressed each issue, spoke with Amanda and her employer on a regular basis, and came up with a plan of action. As is typical in today’s immigration environment, there were some bumps along the way. Each time, we met or spoke with Amanda and the employer to discuss the options and revise the strategy as appropriate.

In the end, notwithstanding an audit and a Request for Evidence, the PERM application was certified, and the I-140 Immigrant Petition was approved. As a bonus, along the way, a petition for Amanda was selected in the H-1B lottery, giving us a backup plan. With good timing and a bit of luck, Amanda was able to maintain her lawful status and work authorization throughout the entire process.

Amanda was recently scheduled by the USCIS for an adjustment of status interview. We accompanied Amanda to the interview and her application for permanent residence was approved.

She recently received her permanent resident card and is going home to Canada for a well-deserved visit with her family.

On April 17, the US Supreme Court ruled in Sessions v. Dimaya that a Filipino man with 2 burglary convictions who had become a US permanent resident as a child is entitled to a hearing before an Immigration Judge where he can apply for relief from removal.

Hard to believe? Let me explain:

Our law firm represents over 100 hospitals across the country, and the nurse shortage in the US is coming back.

Our hospitals are in need of hundreds of RNs as well as Medical Technologists and other healthcare professionals. They are looking for both US and foreign-born RNs, and they will pay all of our attorneys’ fees, USCIS filing fees and more!

We have a video and a web page for those who are interested in applying for employment and sponsorship.

If you are a foreign nurse, a medical technologist or a speech language pathologist and need a job in the US and the job requires a work visa and/or green card, please do the following:

Send an e-mail message to egarcia@shusterman.com

In your message, please provide the following information:

If you are a CLS or a Speech Language Pathologist, please amend the above questions accordingly.

We will forward your response to our hospitals, and if they are interested, they will contact you. Please do not contact our law firm until after you hear from one of our hospitals.

We look forward to helping you!

Here is the message we received from our winner, Matthew:

“Hi there – not going to let another month go un-won, my answers are the following:

Congratulations, Matthew! And thank you for keeping up with our newsletter!

“USCIS Director Cissna is part of a team of Trump officials who share a common mission: Reduce legal immigration and break the cycle whereby international students come to America, are later hired by U.S. companies and become Americans. Trying to end something so historically beneficial to America is wrong-headed and damaging to the country.”