Liberty and Justice for All?

As everybody knows by now, recently, Arizona’s Governor signed a law requiring local law enforcement officials to take into custody persons when they have a “reasonable suspicion” that they are present in the U.S. illegally. The person would be turned over to the Immigration Service, and be released from jail if they could demonstrate their legal status. 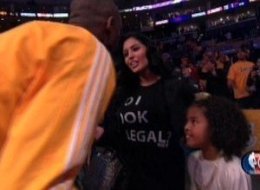 Last Monday, the ACLU and various other groups sued Arizona officials in Federal Court to void the law on a number of grounds, including the violation of the Constitutional rights of equal protection of the law and free speech. President Obama has questioned the validity of the law, and a number of individuals, organizations, and governmental entities are protesting against the law.

Yet, polls show that a majority of Americans support the law.

I suspect that most Americans think that enforcement activity will be limited only to illegal aliens, and that, as American citizens, they have nothing to fear. I hope that the following true story will make some people think twice about supporting a law that gives the government such tremendous powers over the lives of ordinary citizens.

In the 1980s, shortly after I had left my job as an INS Trial Attorney and entered private practice, I received a telephone call from Washington, D.C. from Congressman Edward Roybal. Rep. Roybal was angry about something that the INS had done to one of his constituents, and he asked me to help.

A young man had attempted to enter the U.S. from Mexico, and was being held in detention by the INS in Los Angeles. Although he provided the officer with a birth certificate showing that he was born in Los Angeles (and was, therefore, a U.S. citizen), the officer did not believe him. Why not?

It should have been very easy for the INS to verify the validity of the birth certificate since the Hall of Records was located just down the street from the Federal Building.

The same day, on Friday, I visited the young man in detention. He told me that he had been incarcerated for five days. I assumed that the INS had obtained a copy of the birth certificate from the Hall of Records, and that the two certificates did not match. Instead, to my surprise, I learned that no one from the INS had even tried to obtain a copy of the birth certificate. How long were they going to keep this man in custody before someone paid a visit to the Hall of Records? No one could answer my question.

So, together with an aide from Congressman Roybal’s Los Angeles office, we obtained a certified copy of the birth certificate from the Hall of Records that same day. And guess what? The certified copy was also typed in different shades of ink. Maybe some secretary had replaced her typewriter ribbon midway through typing his birth certificate.

We quickly hurried back to the Federal Building, and presented the certified birth certificate to an INS Officer. “Oh, you’re right”, she said, “We will release him next Monday.”

Next Monday? She explained that she had a number of work-related tasks to perform that afternoon, so the young man would have to remain in jail over the weekend. My jaw dropped in amazement. Congressman Roybal’s aide was outraged. She demanded that the young man be released from detention immediately. And, in the end, the government relented. Still, he had been incarcerated, quite unnecessarily, for five days.

even start to think about all the legal arguments that will be raised in Federal Court, I think of that young man and the indifference of our government regarding his detention.

Is this what we mean by “liberty and justice for all”?