SHUSTERMAN’S IMMIGRATION UPDATE is the Web’s most popular e-mail newsletter regarding U.S. immigration laws and procedures with over 40,000 subscribers located in more than 150 countries. It is written by a former INS Trial Attorney (1976-82) with over 35 years of experience practicing immigration law.

On November 20, 2014, President Obama announced his long-awaited changes to our broken immigration system. None of the changes will take place immediately, and some hoped-for changes like recapture of lost EB numbers and counting only principals toward the 140,000 EB cap were not included in the new policy.

Nevertheless, for 4-5 million persons, most of them undocumented, there is considerable good news.

1. Deferred Action for Parental Accountability (DAPA) – Parents of young persons granted DACA will not receive any benefits under the President’s new policy. However, certain parents of US citizens and green card holders will be able to apply for relief and work cards under DAPA.

The age of the child is irrelevant. Even if you are 50+ years old and your son/daughter got a green card through his/her citizen spouse, you may be eligible for DAPA. Caveat: You must qualify for this benefit as of November 20, 2014. If you have a child in the US after that date, or if you son or daughter gets a green card or naturalizes after that date, you are not eligible for DAPA. Also, you need to have resided in the US since January 1, 2010 and not be in lawful status on November 20, 2014. The background checks will be similar to those for DACA applicants. You can qualify even if you are under removal proceedings or are subject to a Final Order of Removal. 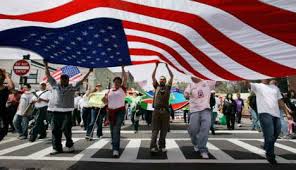 The work permit and biometrics fee is currently $465.

The application period will start in the Spring of 2015.

2. Expansion of the DACA Program – The 31-year-old age cap for the Deferred Action for Childhood Arrivals (DACA) program will be removed. You must have be present in the US on January 1, 2010 (rather than on June 15, 2007) to qualify and be under the age of 16 when you entered the US. DACA work permits will now be issued for 3 years at a time instead of 2 years. You must be present in the US on November 20, 2014 and not be in lawful status.

The application period will start within 90 days of November 20, 2014.

3. Employment-Based (EB) Benefits – Most of these promised benefits are in the “Coming Attractions” category since they require regulations. We are informed that the long-awaited regulations for work permits for certain H-4 spouses will soon be finalized.

Also, that certain persons with approved EB petitions who are waiting for their priority dates to become current may eventually be permitted to “pre-register” for adjustment of status which will allow them to obtain EADs and APs, and to change jobs. Regarding OPT, the STEM category will be expanded and the length of STEM-OPT extensions will grow. Also promised are benefits for foreign-born entrepreneurs.

Again, don’t look for any of these benefits in your Christmas stocking next month. Perhaps by the end of 2015.

4. Other Benefits – These include items that have been on many immigrants’ wish lists for years and years:

Have any questions about President Obama’s New Immigration Policy?

Of course you do!

Please sign-up for a Free Webinar about Obama’s new immigration policy in which I will participate in along with attorneys from Wolfsdorf Rosenthal on Monday, December 1st at 12:30pm, Pacific Time.

We link to DHS’s “Fixing Our Broken Immigration System through Executive Action”.

This page links to over a dozen fun-filled pages which attempt to explain the changes to our immigration system being contemplated by the DHS.

This month’s success story explains how we were able to obtain a J-1 waiver for a client of ours, Dr. Castro, enabling him to avoid returning to his home country for two years after completing his medical residency and allowing him to stay in the U.S. with his wife to help care for their autistic daughter.

The story begins with Dr. Castro’s marriage to his wife, Maria, a permanent resident in the U.S. Following their marriage, Dr. Castro wanted to move to the U.S. in order to be with Maria. Since at that time obtaining a green card through his wife would take over seven years, Dr. Castro opted to obtain a J-1 visa to participate in a medical residency program in the U.S. Dr. Castro and his wife knew that after the completion of a J-1 program, physicians are required to return to their home country for two years to utilize the experience and skills they have acquired. As such, the couple planned on either returning to Argentina for two years or on Dr. Castro applying for a Conrad 30 program to work in an underserved area in the U.S. after he completed his residency. However, when their first child, Emily, was diagnosed with autism spectrum disorder, their plans changed.

It was at this point that the couple came to see me for a legal consultation to discuss their options for avoiding Dr. Castro’s two year foreign residency requirement. After learning more details about the family’s situation, I advised Dr. Castro to apply for a J-1 waiver on the basis that his wife and daughter would experience exceptional hardship in his absence or if they all moved to his home country for two years.

To begin with, Attorney Iyer focused on the importance of continuing Emily’s treatments in the U.S. Since her diagnosis, Emily has been under constant observation and undergoing treatments including therapy sessions with specialists for her disorder. As a result of this intensive therapy, and special care from her parents at home, she began improving quickly.  In fact, Emily’s therapists stressed the importance that both her parents be actively involved in her programming in order to build new, appropriate, and effective chains of behavior. Moreover, many of her therapies, including social, emotional, speech, communication, and others, are provided for through the Public School Special School District or covered by Dr. Castro’s medical insurance. Both of these methods for providing Emily with appropriate therapy would be unavailable or otherwise unsuccessful if Dr. Castro had to leave his family or if the family had to move to Argentina for the two-year residency. Finally, Emily’s main and only language is English due to the recommendation of the physicians and specialists that she only speak one language. Learning a second language would harm her development and the English schools in Argentina are not only extremely expensive but the surrounding environment would still be in Spanish and impossible for her to understand.

Along with the extreme hardship Dr. Castro’s daughter would experience, his wife would experience additional hardship due to separation from her parents. Maria’s parents are U.S. citizens living in Florida and she is their only child who also lives in the U.S. Her father has been undergoing treatment for cancer since 2012 and requires close monitoring by his doctors including frequent visits for check-ups and his treatments, chemotherapy and radiation. One of the main pillars for a successful treatment outcome and prolonged survival is close family support. If Maria had to leave the U.S., she would not be able to provide him the support he needed during the most difficult time of his life. Due to travel expenses and the inability to leave Emily and her other children, visiting would be near impossible if the family had to move to Argentina. Therefore, Maria would suffer exceptional emotional and financial hardship due to separation from her parents if Dr. Castro’s J-1 waiver application were to be denied.

Based on their situation, Attorney Iyer was able to demonstrate to the USCIS that Dr. Castro’s U.S. citizen wife and daughter would experience exceptional hardship if he had to return to Argentina for the two-year foreign residency requirement. Proving that both his absence if they remained in the U.S. and their move to Argentina for his two-year requirement would cause extreme hardships for their family due to their exceptionally difficult circumstances, Dr. Castro and his family were granted a waiver. He is now a green card holder and is grateful to be able to remain together with his family in the U.S. providing them with the support they need.

The Worldwide Employment-Based (EB-3) 3rd preference category (professionals and skilled workers) will advance another 5 months in December to November 1, 2012.  China EB-3 will also advance 5 months to June 1, 2010.  India EB-3 will only move forward a single week to December 1, 2003.

Although Worldwide EB-2 remains current, because of per-country quotas China EB-2 will inch forward only 3 weeks in December while India EB-2 will not move at all.

The following chart tells the story of the EB numbers in detail:

The Worldwide family-based (FB) categories will each move forward a few weeks in December as will the numbers for Filipinos.

The only significant movement in the December Visa Bulletin will be in the 2A category (spouses and children of permanent residents) for Mexico which will advance several months.

The chart below tells the story in detail:

On October 6, 2014, U.S. Citizenship and Immigration Services (USCIS) launched the myE-verify online platform to combat identity fraud and increase the accuracy of records within the E-Verify program. MyE-Verify is a free online service that allows employees to verify their eligibility to work in the United States prior to applying for employment and to take corrective actions should the records used by E-Verify be inaccurate.

Search the Field Offices for the USCIS’ 83 District Offices and Sub-offices to look up the processing times for (1) Applications for Adjustment of Status (I-485) (2) Work Authorization (I-765); (3) Advance Parole (I-131); (4) Naturalization (N-400) and other types of applications. To access your immigration waiting time, what you need to know is:

This information can all be found on the Notice of Receipt that was mailed to you by the USCIS. To begin, simply click on the Field Office or Service Center that interests you and click “Submit Query” and you will be directed to the current USCIS processing time table.

If your petition/application is on appeal, you can access the processing times of the Administrative Appeals Office (AA0).

If your PERM case or other type of application is pending at the DOL, we link to the Department of Labor Processing Times.

If you are applying for a visa abroad, we link to Visa Appointment and Processing Times at 100+ US Embassies and Consulates around the world.

Warning: Immigration waiting times may appear faster on the official lists than they are in reality.

“It’s tragic and completely unacceptable that women who fled their homes to escape sexual assault and domestic violence have suffered abuse in our government’s custody.”