Immigration and the PandemicTrump’s New Policy Will Increase Deaths

When Donald Trump ran for President in 2016, he repeatedly criticized President Obama for implementing DACA without going through Congress. In 2017, President Trump tweeted “Congress, get ready to do your job – DACA!”

Ironically, President Trump, who has made immigration a centerpiece of his political agenda, has almost completely bypassed Congress and continues to implement his restrictionist immigration policies by Executive fiat.

When he separates children from their parents, creates travel bans based on religion and Remain in Mexico policies for asylum seekers, rewrites the public charge rule and prevents large numbers of immigrant doctors and nurses from caring for the millions of Americans who are being ravaged by the COVID-19 pandemic, he bypasses Congress and violates our immigration laws.

Dozens of his immigration policies have been struck down in the Federal Courts. 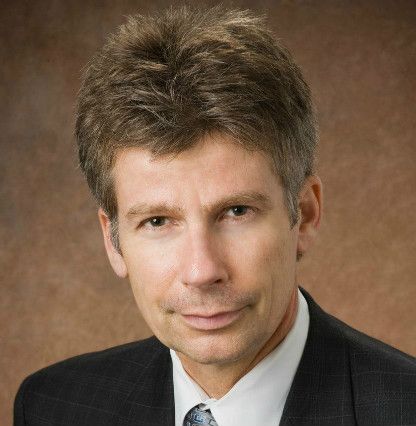 Prior to the current Administration, there was more agreement between the two major political parties on immigration policies.

When President Johnson signed the landmark immigration law in 1965, more Republican than Democratic Senators voted for the law.  Legislation passed by Congress in 1986 which granted amnesty to millions of undocumented immigrants was supported by a bipartisan majority in Congress and signed into law by President Reagan.

When I testified before the Senate Immigration Subcommittee in 2001, Subcommittee Chairman Senator Sam Brownback (R-KS) was clearly in favor of making it easier for foreign-born doctors and nurses to immigrate to America in order to provide health care for people living in medically-underserved areas. I worked together with his staff to draft such a bill. Eventually, he and Senator Kent Conrad (D-ND) introduced legislation which expanded the J waiver program for physicians which was signed into law by President Bush.

However, the immigration atmosphere has deteriorated rapidly during the past 4 years. In the 2016 campaign, Candidate Trump, referring to immigrants from Mexico, stated: “They’re bringing drugs. They’re bringing crime. They’re rapists.” He also issued a press release which read “Donald J. Trump is calling for a total and complete shutdown of Muslims entering the United States…”

Though Trump’s first 2 Muslim travel bans were struck down by the Courts, he managed to get Travel Ban 3.0 approved. He has restricted the right to asylum, cut legal immigration by imposing worldwide bans on immigrant visas and has made it extremely difficult for professionals to get temporary working visas.

Our country has a tremendous and growing shortage of physicians and nurses.  According to the American Nurses Association, there will be far more registered nurse jobs unfilled than any other profession, 100,000 per year by 2022. Similarly, the American Association of Medical Colleges predicts a shortage of between 54,000 and 139,000 physicians in the U.S. by 2033.

The U.S. Health Resources and Services Administration has designated over 7,000 regions across the country as Health Professional Shortage Areas. Almost 60% of those shortage areas are located in rural regions.

Foreign-born physicians who wish to practice medicine in the U.S. must first complete a medical residency program here. Most of these physicians are then required to return to their countries for 2 years or work in a medically-underserved area of the U.S. for a minimum of 3 years. This 3-year requirement has significantly benefitted the health care of Americans living in medically-underserved areas.

Similarly, health care providers in medically-underserved areas of America rely heavily on the services of foreign-born registered nurses to help staff their hospitals and clinics.

Yet, earlier this month, in the midst of a pandemic which has infected over 8 1/2 million Americans and resulted in over 220,000 deaths, the Trump Administration instituted a program which forces employers to pay foreign-born physicians and nurses higher salaries than they pay many American physicians and nurses.

Who knows how many thousands of Americans will become ill and die because of the increasing shortage of health care workers which will result from this terrible policy.

Americans need to unite behind an immigration policy which increases the number of medical professionals to help us get through this pandemic. Our lives depend on it!