H-1B Lotteries are Over
America’s Got Enough Talent? 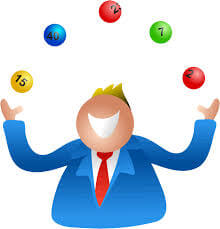 H-1B lotteries to choose professional employees? Is this the best we can do?

On April 10, 2014, the USCIS announced that they had received approximately 172,500 cap-subject H-1B petitions during the first week of April, over twice the number of H-1Bs (85,000) that can be granted under the law.

These companies will be forced to tell thousands of recent graduates from top U.S. universities with degrees in science, math, engineering, and technology that they can’t work in our country. Please go home, and compete against us! Or perhaps these companies will relocate even more jobs overseas in order to overcome restrictive U.S. immigration laws.

And it’s not just large corporations which

will suffer. School districts across America hire thousands of teachers, especially in inner city areas where U.S. teachers are in short supply from countries like the Philippines. Not this year.

And hospitals sponsor thousands of foreign-born physicians, nurses, therapists, and medical technologists, many of them working in medically-underserved areas which encompass over 25% of the U.S.

What if America is no longer the leader in cutting-edge technology, if our schools can’t supply kids with teachers and if folks who live in rural and inner city areas no longer have access to medical care? So what if we educate hundreds of thousands of foreign-born students in our finest universities, only to force them to return to their own countries to find jobs in companies which compete against us. What’s wrong with cutting off our nose to spite our face?

And how does the law choose which of the 172,500 professionals will be permitted to work in the U.S. and which will be forced to leave? On April 10, the USCIS conducted two H-1B lotteries, the first to select 20,000 applicants with advanced degrees in the U.S. Later, the same day, another random lottery selected 65,000 of the remaining 152,500 applicants sponsored by employers in the U.S. for visas. This means only 42% of applicants were selected to work in the U.S., an all-time low, and the number of those rejected increased by 48,000 compared with last year.

This a disaster for employers, for professionals, and for our society.