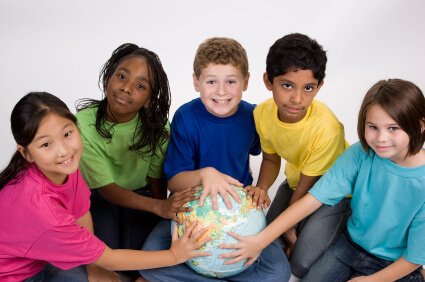 Despite our CSPA victory in the 9th Circuit Court of Appeals, my best advice to CSPA applicants is to proceed with caution. Con cuidado!

Over four years after our law firm sued the USCIS and the State Department in DeOsorio v. Mayorkas to preserve the “automatic conversion” clause in the Child Status Protection Act (CSPA), on September 26, 2012, an en banc (11 judges) panel of the U.S. Court of Appeals for the 9th Circuit, ruled in our favor.

The Court held that CSPA protects the rights of children who age-out during the process of waiting for their priority dates to become current before their parents immigrate under the family-based 3rd (sponsorship by a U.S. citizen parent) and 4th (sponsorship by a U.S. citizen sibling) preference category. The Court held that CSPA clearly allows aged-out sons and daughters to keep the priority date of the 3rd or 4th preference petition, and to immigrate under the family-based 2B (unmarried adult son or daughter of a permanent resident parent) category.

Our CSPA Victory Could Be Overturned

Since this CSPA victory, our office has been deluged with questions and requests from immigrants, their children and their attorneys. “Dear Mr. Shusterman, I live in the 9th Circuit, can you handle my case? I am attaching an article by attorney so-and-so that says that I should apply immediately.”

The truth is that it would be reckless for most persons who benefit from the Court’s decision to apply immediately. Why? Because the government has 90 days (until the day after Christmas) to ask request that the Supreme Court of the United States review the decision in DeOsorio.

Let’s take the worse case scenario: You apply for adjustment of status now. In December, the government asks the Supreme Court to review the decision of the lower Court. Then, sometime in 2013, the Supreme Court accepts the case, and then (Let’s hope not!) reverses our CSPA Victory in the 9th Circuit. Should this occur, the USCIS will deny your application and you may find yourself under deportation proceedings.

Meanwhile, you have paid several thousand dollars in attorney and government filing fees. Is it worth it? I think not.

I recommend that you hold off applying for CSPA benefits at least until the day after Christmas. If the government does not request Supreme Court review, then we can all pop open the champagne, and I will be pleased to prepare your application for adjustment of status.

What if you are legally present in the U.S. or are residing abroad?

You will not be risking deportation if your application is ultimately denied, but you will be wasting a lot of money. Again, my advice is to wait and see what the government does. The administration is supposedly pro-immigrant, so I would hope that they would simply abide by the present decision which keeps nuclear families united.

Back in 2006, when our law firm won a case in the 9th Circuit Court of Appeal, Schneider v. Chertoff, which benefits foreign-born physicians who seek green cards through national interest waivers, the government simply implemented the decision without going to the Supreme Court. Let’s hope that the Obama Administration will do the same in DeOsorio.

Is there anyone who should seek to benefit from the DeOsorio decision immediately? I can think of one class of persons who should: Those who are already in deportation proceedings, and who have nothing to lose.

In the meantime, I will do my best to keep you informed about when it is safe for you to apply for benefits under CSPA, and who benefits from our victory in DeOsorio.