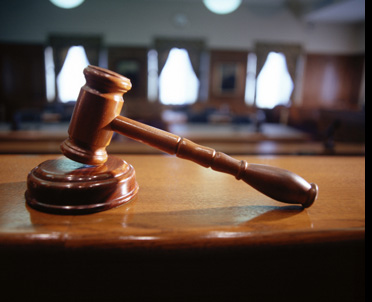 Have you and your friends ever smoked marijuana?   If you wish to immigrate, your visas are denied!

Immigration attorneys are all too aware that U.S. immigration laws are so overly strict that our last three Presidents would all be ineligible to even visit our country, much less to qualify for green cards.

Consider that a person who admits to smoking marijuana a few times, even as a teenager many years ago, is forever banned from entering the U.S.

If you were born in the Philippines, before you can qualify for a green card, you must undergo a medical examination at St. Luke’s Hospital in Manila to make sure that you do not have a dangerous contagious disease. However, the physicians at St. Luke’s frequently ask persons about past drug usage.  Not just heroin and cocaine, but marijuana. Not just in the last year or two, but at any time.

If a person, even one who has waited patiently in line for his green card interview for 10 to 20 years, dares admit that he smoked a couple of joints as a teenager, his green card will be denied and he will never be able to join his family in the U.S.

Does this seem unreasonable? President Clinton admitted smoking marijuana although he claimed that he never “inhaled”. When asked about his use of drugs, President Bush shrugged off the question with the statement that “when I was young and irresponsible, I was young and irresponsible”. President Obama candidly admitted using various illegal drugs as a youth. Yet, the American people forgave each of these men their youthful indiscretions and voted for them to become the 42nd, 43rd, and 44th Presidents of the United States.

Unfortunately, U.S. immigration laws do not provide for forgiveness for would-be immigrants who have admitted to smoking marijuana, even in the distant past.

However, now there may be a ray of hope for at least some of the Filipinos who were honest enough to admit their past marijuana usage to physicians at St. Luke’s Hospital.

In 2006, a person applying for immigration to the U.S. at the U.S. Embassy in Manila was denied because he admitted to a physician at St. Luke’s that he had used marijuana on four occasions in the past even though he was never charged with or convicted of a crime. His waiver application was subsequently denied.  He appealed this denial to USCIS’ Administrative Appeals Office (AA0) in Washington, D.C.

Over three years later, on June 17, 2009, John F. Grissom, the Acting Chief of the AAO issued a decision which cited a BIA precedent decision, Matter of K-, 7 I&N Dec. 594 (1957) which held that a “valid admission of a crime for immigration purposes requires that the alien be given an adequate definition of the crime, including all essential elements, and that it be explained in understandable terms,” a rule intended to insure “that the alien would receive fair play and to preclude any possible later claim by him that he had been entrapped into admitting the commission of a crime involving moral turpitude.”

The AAO held that this standard had not been met in this case. It overruled the decision of the Officer-in-Charge in Manila, held that no waiver was necessary and returned the matter for “futher processing of the immigrant visa application.”

The AAO decision is available online.

The decision explains that the DHS (and by delegation, the AAO) has final responsibility over guidance to consular officers concerning inadmissibility for visa applicants. We link to the document which grants the DHS this reponsibility, the Memorandum of Understanding Between Secretaries of State and Homeland Security Concerning Implementation of Section 428 of the Homeland Security Act of 2002, from our “DHS” page at:

We assume that the person who is the subject of this AAO decision will eventually be admitted to the U.S. as a lawful permanent resident. And, hopefully, so will many other visa applicants who honestly answered the “marijuana question” at St. Luke’s Hospital.

But isn’t it time to change our immigration laws so that visa applicants don’t have to be dishonest if they want to qualify for green cards? If not, then we will be rewarding dishonesty and punishing those who tell the truth. If we can forgive our Presidents for their minor indiscretions, can’t we apply the same forgive and forget policy to immigrants?