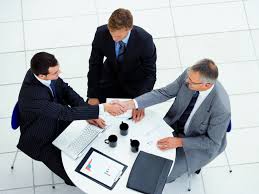 When Mr. A’s appeal of his intracompany transfer L-1 visa petition to the Administrative Appeals Office – AAO had been pending for almost a year without resolution, he sought our services.

Mr. A was the president and general manager of a foreign corporation based in Argentina. This corporation established a New York-based subsidiary, and Mr. A was scheduled to come to the United States to help the New York company begin its operations.

To this end, the corporation submitted an I-129 petition to classify Mr. A as an “intracompany transferee” under Section 101(a)(15)(L) of the Immigration and Nationality Act (INA).

Requirements for an L-1 Visa

The L-1 category applies to aliens who work for a company with a parent, subsidiary, branch, or affiliate in the U.S. These workers come to the U.S. as intracompany transferees who are coming temporarily to perform services either in a managerial or executive capacity (L-1A) or which entail specialized knowledge (L-1B) for a parent, branch, subsidiary or affiliate of the overseas employer.

For companies that wish to transfer employees to the US as L1A executives and managers to establish a new office, a petition must be filed with the USCIS with evidence that:

Employees who enter the US to establish a new office are allowed a maximum initial stay of one year. If the business in the US already exists, L1A executives and managers will generally be given a 3-year visa. Requests for extensions of stay may be granted in 2-year increments until the 7-year maximum limit is reached or the employee becomes a lawful permanent resident.

Unfortunately, the USCIS denied Mr. A’s L-1A petition on the grounds that the evidence failed to establish that the U.S. corporation was a subsidiary of the Argentinian parent corporation. Mr. A’s prior attorney timely submitted a Notice of Appeal to the AAO with a lengthy brief containing many supporting documents.

Having waited patiently for almost a year with no resolution to the AAO appeal, Mr. A decided to seek out our services. Upon reviewing his case, we decided to submit a supplement to the pending appeal.

While Mr. A’s prior attorney provided the AAO with the proper citations of law to show that the USCIS had applied the wrong legal standard in its denial, the brief was a bit confusing. Perhaps the lack of organization of the legal brief contributed to the fact that Mr. A’s appeal was still pending after so much time.

We revisited some of the legal arguments included in Mr. A’s original appeal, reduced the 20-plus pages of legal arguments down to a couple of pages, added our own concise legal assessment of the case, and presented the AAO with a six-page supplemental brief. More importantly, we made sure that our supplemental brief was well-organized, while articulating succinctly how the USCIS had applied the wrong legal standards in denying Mr. A’s petition.

Within two weeks of our filing the supplemental brief, the AAO reversed the denial and granted Mr. A’s L-1 petition.

We believe that Mr. A’s case demonstrates how much preparation and presentation matter. Since the government is inundated with pending appeals, presenting a brief, clear and easily understandable argument is essential.