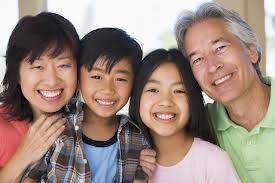 We expect the Supreme Court to issue a decision on our CSPA lawsuit, Mayorkas v. DeOsorio, very soon, possibly on June 2. While we lawyers argue over the meaning of terms like “retention”, “automatic conversion”, and “appropriate category”, the issue in this case can be summarized as follows: Are children who have stood in line for years, or ever decades, beside their parents waiting for their priority date to be current, entitled to get credit for this time, or, if they have “aged-out” during this time, must they go to the back of the line and restart the immigration process?

Bear in mind that the line is almost 30 years for unmarried sons and daughters from the Philippines, and over 115 years for children born in Mexico. And that if they are forced to go to the back of the line, they cannot get married without losing their priority dates. So, as a practical matter, these sons and daughters will never be able to rejoin the parents under the government’s restrictive interpretation of the law.

CSPA Lawsuit – Friend of the Court Brief from 6 Senators

Could Congress, in passing legislation whose purpose was to keep families together, have intended such a harsh result? Not according to the Senators who submitted a Friend of the Court Brief agreeing with our position in this case.

After all, for many years, the government has adhered to a regulation which provides that, as a person converts from one preference category to another, they are never forced to go to the back of the line. Instead, they always receive credit for the time that they spent in line.

Let’s say that a son’s LPR mother sponsors him for a green card in the 2B category on July 4, 2000, and before his priority date becomes current, his mother naturalizes. Now he moves from the 2B line to the 1st preference line. He is not forced to restart the immigration process. Instead, he is given full credit for the time that he spend waiting in the 2B line. Later, if he marries before his priority date becomes current, both he and his wife as well as their children, all go to the 3rd preference line. The one thing that never changes is they are all entitled to the July 4, 2000 priority date. The government has no problem with this concept. It has never maintained that the beneficiary and his wife and children are “line jumpers” who are displacing others. After all, it was the government which wrote this regulation and has enforced it for decades.

Why then does Justice Department argue in the CSPA Lawsuit that children who have stood in line together with their parents for many years, and have been separated from them since before we sued the government in 2008, and the 6 years that have elapsed since then, are line jumpers? Could it be that this line of argument is being used to mask the government’s attempt to restrict the operation of CSPA so severely that the very families that the law was written to protect will now be separated forever?

I hope that the Supreme Court will order the government to finally implement CSPA to keep immigrant families together as Congress intended.