On June 24, the Supreme Court of the United States granted the Department of Justice’s Petition for a Writ of Certiori, agreeing to review the decision of the U.S. Court of Appeals for the 9th Circuit in the CSPA case of DeOsorio v. Mayorkas. 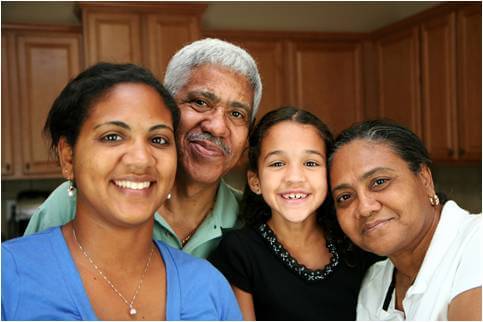 In that ruling, an en banc Court rejected the government’s restrictive interpretation of the “automatic conversion” clause of the Child Status Protection Act (CSPA).  That clause created section 203(h)(3) of the Immigration and Nationality Act, which states as follows:

“RETENTION OF PRIORITY DATE- If the age of an alien is determined under paragraph (1) to be 21 years of age or older for the purposes of subsections (a)(2)(A) and (d), the alien’s petition shall automatically be converted to the appropriate category and the alien shall retain the original priority date issued upon receipt of the original petition.”

Paragraph (1) allows sons and daughters of persons coming to the U.S. as employment-based and family-based immigrants to subtract the length of time that the visa petition (I-130, I-140, etc.) filed on their behalf was pending from their ages as of the date that their priority dates became current.  If the resulting age is less than 21 years old, they are permitted to immigrate, or adjust their status, together with their parents.  If the resulting age is 21 years or over, paragraph (3), the automatic conversion clause, must be applied.

Although the language of CSPA makes it perfectly clear that paragraph (3) applies only if the child has “aged-out” despite the mathematical formula in paragraph (1), the Board of Immigration Appeals in Matter of Wang, 25 I&N Dec. 28 (BIA 2009) held that paragraph (3) applies only to a tiny subset of children who age-out under paragraph (1).  Not only is this interpretation unsupported by the language of the statute and by the legislative history of CSPA, but failing to apply both paragraphs to the same set of beneficiaries would lead to absurd results.

Consider the case of Rosalina DeOsorio, the lead plaintiff in the lawsuit.  In 1998, her mother, a U.S. citizen, sponsored Rosalina and her 13-year-old son for green cards.  However, by the time that their priority date became current, Rosalina’s son had recently turned 21-years-old.  Because her mother’s visa petition was quickly approved by the government, the formula in paragraph (1) did not reduce her son’s age below 21 which would have permitted him to immigrate to the U.S. together with his mother.  Instead, they have remained separated for 8 years because the government which readily concedes that paragraph (1) applies to him, contends that paragraph (3) does not.

Such a restrictive interpretation results in some rather bizarre outcomes.

Imagine for a moment that Rosalina had a sister.  Let’s call her Suerte.  Suerte also has a son, born 3 years before Rosalina’s son.  In 1998, their U.S. citizen mother sponsored both Rosalina and Suerte and their sons.  Clearly, if Rosalina’s son aged-out in 2005, Suerte’s son being 3 years older, would have aged-out in 2002 and would not have been able to accompany his mother to the U.S., right?  Not so fast.  Remember that the operation of paragraph (1) depends on how long the visa petition was pending.  Let’s suppose that in the case of the petition for Suerte, her mother forgot to attach some required paperwork.  The government issued a request for evidence.  Although the mother mailed it to the government, the petition got lost in the shuffle, and was not approved until 2002.  When their priority date became current in 2005, Suerte’s son was already 24-years-old.  However, because the petition was pending for 4 years, his CSPA age under paragraph (1) was only 20-years-old, thus allowing him to immigrate to the U.S. with his mother.

In this not-so-far-fetched scenario, Suerte’s 24-year-old son is able to immigrate together with his mother while his 21-year-old cousin remains separated from his mother for almost a decade with no end in sight.  Clearly, whether one qualifies as a child under paragraph (1) depends totally upon luck.  The longer the government takes to approve your petition, the luckier you are.  It is no surprise then that Congress provided benefits under paragraph (3) for those who did not qualify under paragraph (1).  However, if the government’s argument is correct, and 99% of the children who age-out are ineligble for benefits under paragraph (3), thousands of families will be forced to remain separated due to circumstances beyond their control.

The government’s intrerpretation, which would force Rosalina’s son, but not Suerte’s son, to go to the back of the line, clearly leads to a ridiculous result.  Allowing Rosalina’s son credit for the years that he stood in line together with his mother, as provided for in paragraph (3), both comports with existing laws and regulations regarding the retention of priority dates when a person moves from one preference category to another and insures that the system is just and reasonable.

P.S. – If Rosalina and her son were born in Mexico (which they were not), the wait for him to be able to join her in the U.S. would be 115 1/2 years under the per-country quota system!  This is because there are over 200,000 unmarried sons and daughters of permanent residents from Mexico waiting in line in the 2B preference category, but only 1,841 are permitted to immigrate in a single year.  So, for Mexicans, adopting the government’s argument is not simply ordering a child to go to the back of the line.  It is more like forcing him to walk the plank.