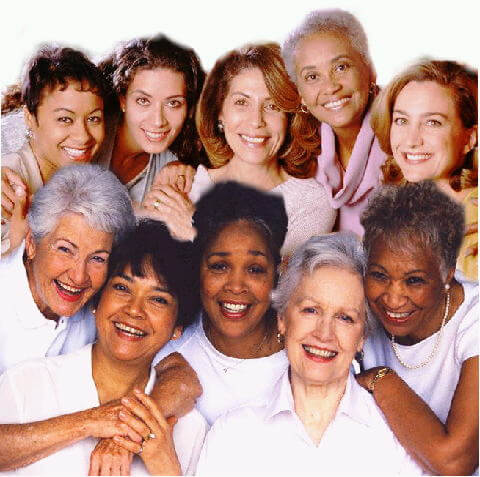 In January, our law firm represented a middle-aged woman from Eastern Europe in a removal hearing.

She had entered the U.S. over 10 years ago on a K-1 fiancee visa filed by a U.S. citizen who she met on the Internet and who had traveled to her country to meet her. Only when she arrived in the U.S. did she learn that he lived in his friend’s garage, and had only sponsored her in the hopes that she would support him for the rest of his life.

Within a few days, she left him and never saw him again. The following year, she and another U.S. citizen fell in love and got married. They bought a house together, and she helped him run his neighborhood business.

Hoping to legalize the wife’s immigration status, the couple sought our advice. Unfortunately, it is impossible for a person who enters the U.S. as a K-1 fiancee of a citizen to adjust their status in the U.S. through a marriage to another U.S. citizen. To add insult to injury, if she choose to return to her country to apply for a green card, her previous unlawful presence in the U.S. would bar her from returning to the U.S. for 10 years.

They had taken advantage of a couple of “free consultations” offered by attorneys near where they lived, and the attorneys assured them that she would qualify for a “waiver” of the ten-year bar. Just sign a contract, and give me a check, and I’ll take care of everything!

Aware of the adage that “if something appears too good to be true, perhaps it is”, they decided to seek a second, or accurately, a third opinion. And as is all-too-often true, I became the bearer of bad news.

“I have been dealing with immigration lawyers for almost a decade. This office is by far the best office I have worked with.”

I informed the couple that I would not take their case since there was nothing an attorney could do to help them. A waiver of the 10-year bar required that the wife show “extreme hardship” to her U.S. husband. True, they had been married for a number of years, and the emotional hardship which her husband would likely suffer would be tremendous. On the other hand, they had no children together, her husband was healthy and making plenty of money. I very much doubted that the USCIS would find the hardship to the husband would meet the “extreme” standard. And what if her waiver were denied? She could appeal, but this would take a minimum of two years, and the outcome would be tenuous at best.

The husband was upset. The wife was in tears. “But why did the other lawyers say we had a good case?” Although the answer seemed all-too-obvious, all I did was shake my head and tell them how sorry I was for them.

Fast forward a few years. The couple returns to our office. Now, the husband is suffering from a debilitating disease. Fortunately, the wife had medical training in her country, and with the help of some wonderful physicians, her husband was able to survive, but only with her constant care and attention.

On our website, they had read about a form of relief from deportation called cancellation of removal. Would she qualify? 10 years physical presence in the U.S.? Yes. A person of good moral character? Yes. And would her husband suffer “extraordinary and extremely unusual hardship”? I asked them a number of questions, and then answered, yes.

They retained our law firm to represent them in Immigration Court. Attorney Amy Prokop spent many hours documenting the hardship, and discovered many types of additional hardship beyond the husband’s medical condition. After Ms. Prokop appeared at the master calendar hearing, she was surprised to receive a call from the attorney for the government. Based on the documents submitted, he was impressed by the showing of hardship. No need to bring expert witnesses and medical experts to the hearing. If she and her husband simply testified as to the accuracy of the materials submitted, the government would stipulate to granting her a green card through cancellation of removal.

Before the court date was reached, we prepared our clients for the merits hearing before the Immigration Judge. On two separate afternoons, we went over the testimony with the couple.

Then, something unexpected and upsetting occurred.

Not an early riser by nature, I booked a room at the Biltmore Hotel near the Immigration Court on the day before the hearing, and called the front desk to arrange for a wake-up call. I needed to be at my best at the hearing early the next morning.

I spoke with the new government attorney prior to the hearing, and he seemed quite reasonable. I placed the wife on the witness stand. Although quite nervous, she made an excellent witness. The preparation had paid off. After I finished my direct examination, the Judge asked the government attorney if he had any questions. No, he did not.

I moved to call the husband to the witness stand, but even before he entered the courtroom, the government attorney stipulated that we had met the “extraordinary and extremely unusual” hardship standard, and that the government agreed that our client had established eligibility for a green card through cancellation of removal. The Immigration Judge granted the wife permanent residence, and the couple’s immigration saga had a very happy ending.

Only after the couple had left the courtroom, I reflected to myself, what would have happened if the wife had gone back to her country when her husband was still healthy and applied for a waiver? Would the government have allowed her to return to the U.S. or would she have had to remain separated from her husband for 10 years?