Lack of Checks and Balances in Removal Proceedings 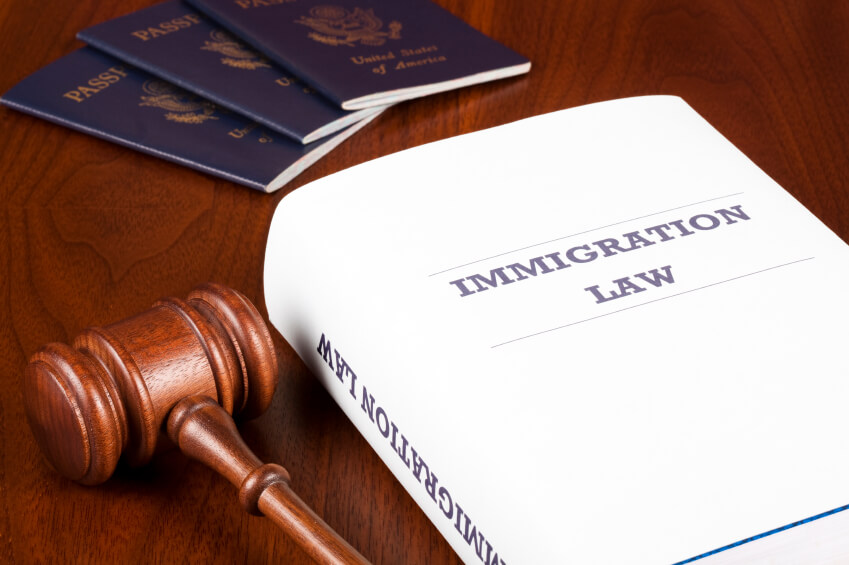 The concept of separation of powers, and of “checks and balances”, is as old as Ancient Greece and the Roman Republic. Our Founding Fathers modeled the U.S. Constitution on principles derived from Enlightenment philosophers like Montesquieu, who believed that “the judiciary was generally seen as the most important of powers, independent and unchecked…” He specified that “the independence of the judiciary has to be real, and not apparent merely.”

Unfortunately, in a stunning departure from such principles, under a law enacted in 1996, “discretionary” decisions of the USCIS and the BIA cannot be reviewed by the Federal Courts. And because most executive decisions in immigration matters are, by statute, discretionary, the power of immigration enforcement agencies goes largely unchecked.

“I want to acknowledge the Law Office of Carl Shusterman for their diligent and responsive attention to my case - from H1B to PERM to green card.”

Take the case of cancellation of removal of non-permanent residents. Applicants must demonstrate that their qualifying relatives would suffer “exceptional and extremely unusual hardship” if the applicant had to depart the U.S. In three precedent decisions, the Board of Immigration Appeals (BIA) has only succeeded in confusing most practitioners as to the criteria for satisfying this standard of hardship.

We represent a married couple, citizens of different countries, who have resided in the U.S. for almost 30 years. When they were originally placed in removal proceedings, their two U.S. citizen sons were 11 and 12 years old. One of their sons suffers from ulcerative colitis, and both sons rely totally on their parents for support and are covered under their father’s medical insurance.

For years, the government requested and received numerous postponements of the removal proceeding. Finally, the Immigration Judge transferred to another state, and a newly-appointed Judge with no prior immigration experience was assigned to hear the matter. By this time, the boys were 18 and 19 years of age and were both university students.

The Judge ruled that the hardship to the two sons was not “exceptional and extremely unusual” largely because he found that they were now old enough to take care of themselves. As for the son with ulcerative colitis, the Judge ruled that he was not dependent on his father’s health insurance since he could apply for public assistance under Medicaid. And the Judge further found that with regard to family separation, the parents could visit their sons in the U.S. whenever they wished. He held that our contention that the parents would be inadmissible from the U.S. for ten years due to unlawful presence had no basis in fact.

The BIA ruled that the Judge was wrong to suggest that the son with ulcerative colitis should apply for Medicaid. The Board also ruled that the Judge’s finding that the parents could visit their sons in the U.S. was wrong as a matter of law. In fact, the entire first page of the Board’s decision consisted of enumerating the errors made by the Immigration Judge. However, on page two of the decision, the BIA simply and without explanation, affirmed the Judge’s decision denying cancellation of removal.

When we sought to challenge this decision in Federal Court, the Court held that it lacked jurisdiction to review a discretionary decision of the BIA.

During the time that the case was pending before the Federal Appeals Court, the oldest son turned 21, and successfully petitioned both his mother and father. The Court Mediator tried to persuade ICE to join us in a motion to reopen the case to allow the father and mother, both of whom had entered the U.S. on non-immigrant visas, to adjust their status. ICE refused to do so.

Today, only the introduction of a private bill by a Member of Congress prevents the father and mother from being deported.

Had our traditional system of checks and balances been in place, the Federal Appeals Court would have had the opportunity to remand the case to the BIA, which may have allowed the parents to remain in the U.S.

On February 2, 2010, a nearly 500-page report entitled “Reforming the Immigration System: Proposals to Promote Independence, Fairness, Efficiency, and Professionalism in the Adjudication of Removal Cases” was submitted to the American Bar Association’s Commission on Immigration. One of the recommendations contained in the report is to restore judicial review of discretionary decisions under an abuse-of-discretion standard.

We could not agree more.