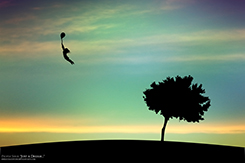 Congress may vote on the DREAM Act as early as this week. Unless the DREAM Act passes in lame duck session, it is unlikely that the new conservative Congress will pass this important piece of legislation into law during the next two years.

All around the country, something incredible is happening. Student leaders across the U.S. are coming out and declaring that they are present in the U.S. without papers. This, of course, could lead to their being arrested and deported, and yet, they continue to do so in ever greater numbers.

Consider David Cho, a 21-year-old senior at my alma mater, UCLA. David, who plays 7 musical instruments and conducts the 250-member UCLA marching band, did not even know that he was in the U.S. illegally until he was accepted at UCLA. That was when his father first told him that he was a citizen of South Korea and that the family was undocumented.

Because of his status, David cannot get student loans or scholarships or even a drivers license. He sleeps on friends couch’s or at the UCLA Library. He works 30 hours per week tutoring other students for cash.

Nevertheless, he has a double major in international economics and Korean, and maintains a GPA of 3.6.

David is far from unique. The undocumented students at UCLA have told me their stories. They have formed an organization and they share a number of important characteristics. They are excellent students. They major in science, business, pre-law, and pre-medicine. They were brought to the U.S. by their parents as children, and frequently did not learn about their undocumented status until they were accepted at UCLA.

Unless Congress passes the DREAM Act, they will not be able to continue their education or to get jobs in the U.S.

They are a valuable resource whose talents are being wasted.

The DREAM Act has garnered wide bipartisan support in the past. It is time for Congress to act in the interests of our country and these students, and pass the DREAM Act now.