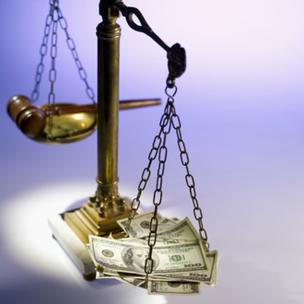 Various companies have paid one million dollars or more to the government in order to settle cases involving immigration violations.  However, the $34 million settlement that an Indian IT company recently agreed to pay is the largest yet.

What did the company do to bring this on itself?

The U.S. Attorneys’ Office in the East District of Texas accuses Infosys, a multi-billion dollar company based in India, of misusing B-1 business visitor visas to place foreign-born employees in professional jobs in the United States.

USCIS.gov states that persons on B-1 visas are permitted to come to the U.S. to engage in any of the following activities:

However, in order to work as a computer programmer or a systems analyst in the U.S., a person must usually possess an H-1B visa. Most H-1B employers are subject to a numerical cap which, in practice, allows them to sponsor professional employees only during the first week of April each year. Also, applying for an H-1B worker involves an expenditure of several thousand dollars in attorneys’ fees and government filing fees.

Infosys employs over 160,000 workers in more than 30 countries. Approximately 15,000 of these workers are employed in the U.S. 10,800 have H-1B visas and 1,600 have L-1B specialized knowledge visas. According to a confidential source, the number using B-1 visas is about 1,000.  The company claims that it uses B-1 visas only for “legitimate business purposes”.

In the settlement agreement, the government and Infosys essentially agree to disagree. The government states that the company provided their B-1 workers with a memorandum which instructed them “to deceive U.S. Consular Officials, including specific instructions to avoid certain terminology, to secure entry of the visa holder in the United States.” Infosys, despite agreeing to pay the government $34 million, “denies and disputes any claims of systemic visa fraud, misuse of visas for competitive advantage, or immigration abuse. Those claims are untrue and are assertions that remain unproven.”

The matter began as a whistleblower case brought by a disgruntled employee. A civil lawsuit by the employee was dismissed. However, in 2011, the B-1 issue raised by the employee led the Department of Justice and the DHS to audit Infosys’ I-9 forms.

This settlement does not subject Infosys to any civil or criminal judgment. It allows the company to continue to supply IT professionals to U.S. firms and to be eligible for federal contracts.

Although a $34 million settlement sounds like a lot of money to you and me, given that Infosys’ market capitalization exceeds $30 billion, the settlement amount is simply “chump change” for the company.  Indeed, news of the settlement had little effect on the company’s stock price. And making the payment certainly beats spending time in Federal Prison.

However, this is should be a cautionary tale for any employer thinking of toying with U.S. immigration laws, especially those who don’t have a rainy day fund of several millions of dollars to tap. U.S. Attorney John Bales made the point succinctly: “We want other companies like Infosys to be on notice that we will be looking.”

Also, the settlement may aid lawmakers in the House who are trying to limit the use of H-1B and L-1B visas by IT consulting firms in rounding up the necessary votes to do so. The Senate bill (S.744) already contains such a provision.