“How Immigration Works for America – From Brawn to Brains” 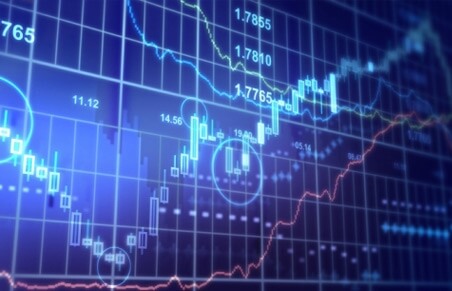 We take this title from2010 Annual Report of the Federal Reserve Bank of Dallas. The report, which was released in March 2011, discusses the urgent need to reform the U.S. immigration system to allow for the admission of  increased numbers of high-skilled immigrant workers.

The preface to the report states:

“Immigrants help fuel the U.S. economy, representing about one in every six workers. Because of accelerated immigration and slowing U.S. population growth, foreign-born workers accounted for almost half of labor force growth over the  past 15 years. Public attention has focused mainly on the large number of low-skilled immigrant workers, but the number of high-skilled immigrants actually grew faster during the period. Highly-educated immigrants filled critical jobs in the science, engineering, information technology, and health care sectors, as well as fostered innovation and created high-tech businesses.”

The 15-page report is full of information charts and statistics. For example, from 1995 to 2005, immigrants founded 25% of all high-tech start-ups in the U.S. Highly-educated immigrants obtained patents at twice the rate of high-educated natives.

Immigration can boost productivity growth, which leads to a higher rate of economic growth. International high-tech companies like Google, Microsoft, Cisco, and others can either employ STEM (Science, Technology, Engineering, and Mathematics) in the U.S. or overseas. If U.S. immigration laws remain restrictive toward highly-skilled foreign-born workers, they will be employed abroad to the detriment of the U.S. economy.

Hundreds of thousands of foreign-born highly-educated workers are employed in the U.S. on a variety of temporary visas. Over 130,000 H-1B workers (cap-subject and cap-exempt) come to the U.S. annually. So do over 70,000 TN professionals from Canada and over 70,000 L-1 intracompany transferees.

However, there is a disconnect between the large numbers of temporary workers in the U.S. and the number of workers who may become permanent residents of the U.S.

Although 1.1 million green cards are granted to foreign-born persons each year, the overwhelming majority are reserved for relatives of U.S. citizens and permanent residents. Less than 15% of green cards are granted on the basis of employment, and about half of these are given to the spouses and children of the foreign workers.

The bottom line is that there are only about 70,000 green cards available for foreign-born workers each year. As a result, the waiting lines grow longer each year.

Other developed countries compete with the U.S. for the services of these highly-educated workers. Their immigration systems allocate a greater share of immigrant visas to persons based on their job skills than does our system. As opposed to the U.S., where only 7% of all green card holders are chosen because of their job skills, the percentage in Canada is 25% and France 34%. Moreover, in countries like the United Kingdom (58%), Germany (59%), Italy (65%), Spain (79%), Switzerland (80%), and South Korea (81%), more immigrants are selected because of their job skills than their family relationships.

In the U.S., by contrast, over 10 times more immigrants are chosen because of family relationships than their job skills. Is our present immigration system in our country’s best interest?

According to the report, over 1 million highly-skilled workers are in line waiting for their green cards in the U.S. They are limited both by worldwide quotas as well as restrictive country-specific quotas.

The report recommends that

“Immigration laws should be rewritten to focus on economic priorities. These include leveraging high-skilled immigration to build the nation’s human capital base, retain skilled jobs, foster research and development, and bolster competitiveness.”