H-1B Visa Lottery Rule Issued – What You Need to Know 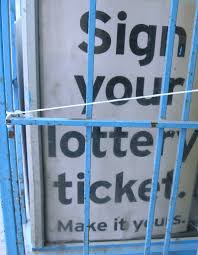 On January 31, 2019, the USCIS issued a regulation regarding the cap-subject H-1B visa lottery process.

In the 30-day comment period which ended on January 2, the agency received over 800 comments about the proposed regulations.  The USCIS dismissed critical comments including those which stated that the portion of the regulation which reverses the order of the lotteries is in violation of the law.

In prior years, the USCIS first selected 20,000 H-1B petitions filed on behalf of persons with a Master’s or a higher degree from a U.S. university.  It then conducted a 2nd lottery to choose another 65,000 petitions that were not chosen in the 1st lottery.

Starting on April 1, 2019, the regulation will reverse the order of the lotteries.  All cap-subject H-1B petitions will be included in the 1st lottery, and only petitions for persons with a Master’s or a higher degree from a U.S. university will be eligible for the 2nd lottery.

The USCIS estimates that by reversing the order of the H-1B visa lotteries, the number of persons with higher degrees from U.S. universities who are selected will increase by 16% or 5,340 per year.

While this is commendable, I am concerned about whether this violates the language of the statute, and the negative effect that this change may pose for some employers.  For instance, many schools rely on foreign-educated teachers.

A better solution might be for Congress to pass a law exempting persons with higher degrees from U.S. universities from the H-1B cap entirely.

In the proposed regulation, the USCIS sought to establish an online registration system whereby employers would file a form online for each H-1B visa lottery candidate.

Only after USCIS has selected 85,000 candidates in the lotteries would employers need to file H-1B petitions for the chosen beneficiaries.  Employers would be given 90+ days to do so.

In the final regulation, USCIS postponed the implementation of this portion of the new H-1B visa lottery system until 2020.

Employers filing for H-1B status for professionals this year should start the H-1B process as soon as possible. The requirements are exactly the same as in previous years. Employers need to comply with Labor Condition Application (LCA) and posting requirements. H-1B petitions need to be filed during the first week of April.

The only change this year will be a reversal in the order of the H-1B visa lotteries.