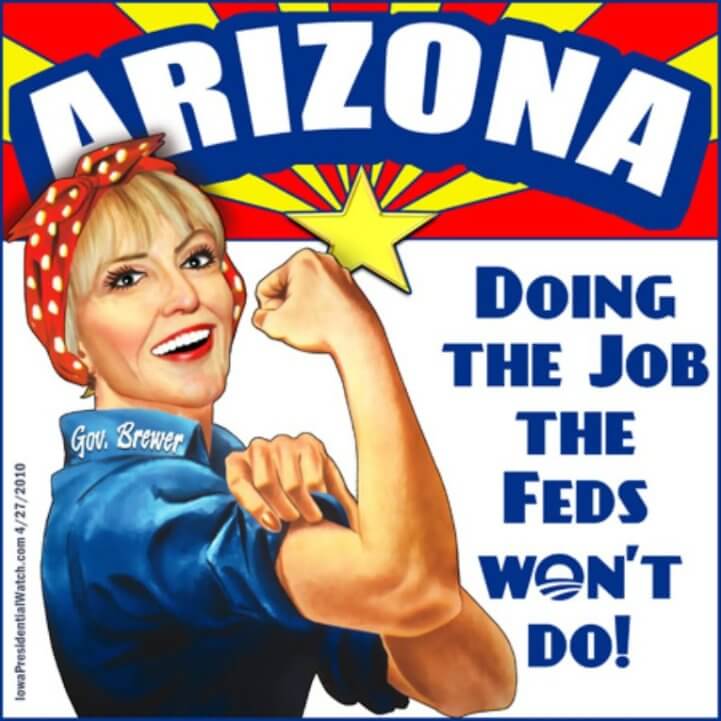 any months of calling on the Federal Government to more vigorously enforce our immigration laws, it turns out that some of the biggest immigration law violators are government officials in the State of Arizona. And as soon as the Justice Department charged them with breaking the law, their attitude suddenly became “enforce the laws against them, not against us!”

Back in 1986, President Reagan signed the Immigration Control and Reform Act (IRCA). The law established the I-9 system so that employers would not knowingly hire undocumented workers. At the same time, in order to insure that workers with accents or ethnic names would not be discriminated against, IRCA established penalties for employers who discriminated against potential employees based upon their ethnicity or citizenship status.

One would think that after 24 years, most employers would have the I-9 system down pat. Especially in Arizona, where there are constant complaints that the federal government is not doing enough to enforce the immigration laws.

Well, apparently, the federal government has heard the complaints emanating from Arizona, and is taking swift action. Swift action, that is, against Arizona government officials who are breaking the law.

Last week, the U.S. Department of Justice moved to seek full remedial relief on behalf of 247 lawful permanent residents who applied for jobs with the Maricopa Community Colleges between August 2008 and January 2010. The amount sought is approximately $250,000.

Under the I-9 laws, employers are prohibited from demanding to see a particular document. If the employee is a U.S. citizen or a permanent resident, he can show the employer a driver’s license and a social security card, and the I-9 process is over.

However, the Maricopa folks ignored the requirements of the law. If a job applicant was a U.S. citizen, these documents sufficed. However, permanent residents were treated differently and were required to show their green cards, a clear violation of the law.

Of course, when they were apprehended by the Feds, the Arizona government folks owned up to their violations and paid the fine immediately, right?

One spokesman for the colleges protested that “we are extremely disappointed by the Justice Department’s action. We had no intent to discriminate against any foreign national and we feel that we have been singled out…”

Another said that she was “very surprised that administration would resort to a lawsuit. In the past, the emphasis has been on mediation to resolve these issues.”

To which I say: “Buck up, Arizona! Do you want tough immigration enforcement or not?”