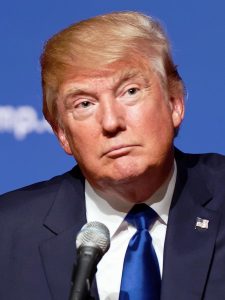 On the evening of June 20, 2019, the day before he kicked-off his reelection campaign, President Trump tweeted:

“Next week ICE will begin the process of removing the millions of illegal aliens who have illicitly found their way into the United States. They will be removed as fast as they come in.”

The President is bashing immigrants in order to rally his base for the 2020 elections. It is not only the undocumented which have had to endure his wrath. He has taken many steps designed to dismantle our nation’s legal immigration system, depriving our country of many of the best and brightest people from around the world.

The Administration has damaged our immigration system by:

Our History of “Race-Based” Immigration

It was almost 100 years ago that Warren G. Harding was elected President after a campaign entitled “America First” which demonized immigrants.

Harding signed the 1921 Emergency Quota Act which marked the start of his restrictive immigration policies. This law severely limited the number of Italian Catholics and East European Jews fleeing persecution as well as members of other “undesirable races” being able to immigrate to the United States. Asian immigration had virtually come to a halt because of the Chinese Exclusion Act, the Gentlemen’s Agreement with Japan and the creation of the “Asiatic Barred Zone”.

Three years later, President Calvin Coolidge signed the Immigration Act of 1924 which further restricted the number of Southern and Eastern Europeans permitted to immigrate to the U.S. It effectively banned all immigration from Asia.

These laws were clearly motivated by bigotry.

Madison Grant, the author of the influential book “The Passing of the Great Race” was an avid eugenicist who believed that our country was founded by the “Nordic race”. He recommended segregating “unfavorable” races in ghettos. He and other eugenicists believed that the “Nordics” were committing “race suicide” by allowing Southern and Eastern Europeans to immigrate to the U.S.  Grant served as the Vice President of the Immigration Restriction League. He provided statistics for the Immigration Act of 1924 to set the quotas on immigrants from certain European countries.

Five years after the passage of the Immigration Act of 1924, we plunged into the Great Depression.

It took over 40 years for our country to enact a law which judges immigrants as individuals and does not overtly discriminate on the basis of race or nationality.

The Immigration and Naturalization Act of 1965 abolished the “race-based” quota system and established a system which unites families and attracts skilled labor to the U.S.

Running for office in 2016, Presidential candidates saw a country in which manufacturing jobs were being shipped overseas and where many workers were being replaced by machines.

Candidate Trump saw this as an opportunity to blame immigrants for these problems, and his strategy worked.

The present Administration has not just gone after the undocumented. It has made it much more difficult to legally immigrate to the U.S.

Why We Should Welcome Immigrants

The following are just a few of the companies founded by immigrants: DuPont, Tesla, Google, Nordstrom, PayPal, eBay, Pfizer, Yahoo, Procter & Gamble, Colgate and Honeywell. All together, immigrants create 25% of all new businesses in the U.S.

Immigrants are vital to our economy. They make up a large percentage of the doctors and nurses who care for us. They teach at inner city schools. They work at our hotels and restaurants, and pick the fruits and vegetables that we eat. They take care of our children and our aged parents.

In 2017, 1,470 economists, Republicans and Democrats alike, wrote a letter to President Trump and other political leaders which made the following points: