US Citizenship Through Parents 4-Step Analysis 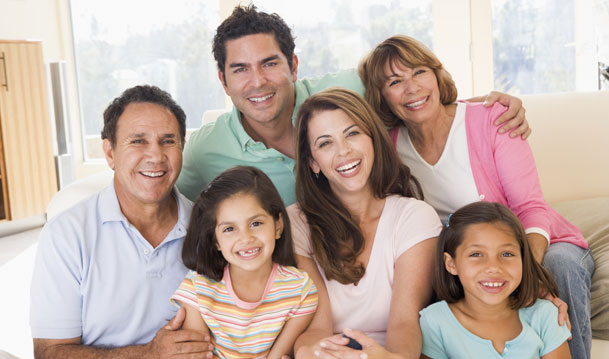 The laws regulating acquisition of U.S. citizenship at birth are among the most complex of the immigration laws. Adding to the complexity, Congress has significantly amended these laws on a number of occasions, in 1934, 1940, 1952, 1978, 1986 and 1994. To assist you, we have posted 4 Nationality Charts online.

US Citizenship Through Parents – 4-Step Analysis

Use the following 4-step analysis to determine if you “acquired” U.S. citizenship at birth or if you “derived” citizenship through your parents while you were a minor:

Since changes in the laws governing acquisition of citizenship were seldom retroactive, the applicable law is usually the one passed immediately prior to the child’s date of birth. For example, if the child was born in 1949, the 1940 law would apply.

If both of the child’s parents were U.S. citizens at the time of his birth, chances are good that the child acquired U.S. citizenship at birth. However, if only one parent was a U.S. citizen, the analysis must be completed in its entirety.

STEP # 3 – If the Child had Only One Citizen Parent, Determine Whether the Parent had Sufficient Residence or Physical Presence in the U.S. Prior to the Child’s Birth to Convey U.S. Citizenship on the Child

The citizen parent is required to reside, or be physically present, in the U.S. for a certain number of years, some of which must occur after the parent reaches a specified age. Significantly for Filipinos, the 1940 Act, for the first time, provided that the residence of the parent(s) could be in the U.S. “or its outlying possessions”. This was important since the Philippines was an outlying possession of the United States from 1899 until its independence on July 4, 1946.

STEP # 4 – Determine Whether the Child Lost His U.S. Citizenship through Failure to Meet the Retention Requirements of the Law

How does US Citizenship Through Parents work in real world situations? Consider the following example: Mr. Suerte was born in the Philippines in 1944. Both of his parents were born in the Philippines. Mr. Suerte arrived in the U.S. in 1980 as a tourist. He proceeded to work in the U.S. without permission, and was apprehended by the Immigration Service. Just when things looked hopeless, it was learned that Mr. Suerte’s maternal grandfather was a U.S.-born veteran of the Spanish-American War.

Question #1 – US Citizenship Through Parents

Question #2 – US Citizenship Through Parents

Did Mr. Suerte acquire U.S. citizenship at birth through his mother? The 1940 Act, which was in effect at the time of Mr. Suerte’s birth, provided that if the child had one citizen and one alien parent, the citizen parent must have resided in the U.S. or its outlying possessions prior to the child’s birth for a minimum of 10 years, at least 5 of which were after the parent’s 16th birthday.

Mr. Suerte’s mother had never left the Philippines between her birth in 1917 and her son’s birth in 1944. Since the Philippines were an outlying possession of the U.S. during this entire period, she easily satisfied this requirement, and it was clear that Mr. Suerte had acquired U.S. citizenship at birth through his mother.

Question #3 – US Citizenship Through Parents

Did Suerte lose his citizenship through failure to meet the retention requirement? The retention requirement in the 1940 Act provided that a child who acquired citizenship through one citizen parent must reside in the U.S. or its outlying possessions for 5 years between ages 13 and 21. Mr. Suerte did not reside in the U.S. until after his 36th birthday. His residence in an outlying possession was rather brief since the Philippines became an independent republic when he was only 2 years old.

A 1972 amendment to the retention requirement in the 1940 and 1952 Acts provided an alternative to the 5-year requirement. A person could retain his citizenship if he continuously resided in the U.S. for 2 years between ages 14 and 28.

Therefore, Mr. Suerte was found to be a U.S. citizen, and hence, not deportable from the United States.