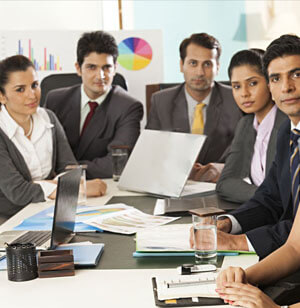 This story discusses our client’s ability to remain in the U.S. on an E-2 investor visa to help expand his company’s U.S. market after his L-2 status through his wife expired.

Born in Africa, Jacques was a very successful entrepreneur with a doctorate degree and many years of experience in the information technology field. He owned businesses located in Africa, Europe, and the United States.

Jacques and his wife originally came to the U.S. after his wife’s employer, a large multi-national bank, offered her a job at one of their U.S. branches. Through her L-1 status as an intracompany transferee, Jacques was approved for L-2 status which enabled him to work and establish his own company in the U.S.

After working at the bank for several years, Jacques’ wife’s L-1 status was about to expire. Her employer did not wish to extend her L-1 status or to sponsor her for permanent residence. Although Jacques’ business had become successful, he and his wife were at a loss as to how they could remain in the U.S. It was at this point that they decided to come to our office for a consultation to see what their options were.

During the initial consultation, I learned that Jacques was a citizen of a country which had a commercial treaty with the U.S. allowing certain persons to apply for E-2 investor visas to run their businesses in the U.S. I determined that Jacques was eligible to apply for this visa through the investment that he had made in his U.S. company and the number of U.S. workers that he employed.

I explained to Jacques and his wife that while E-2 investor visas are temporary visas, there was no limit to the number of years that their E-2 status could be extended. As such, as long as Jacques continued to direct and develop the operations of his company, both he and his wife could stay and work in the U.S.

Jacques and his wife were thrilled and decided to move forward with this option. We immediately began working with Jacques on the application. While Jacques was a strong candidate for an E-2 investor visa, there were a few keys to success for getting his application approved before his L-2 status ran out.

Criteria for an E-2 Investor Visa

The investment involved must also place the investor’s capital at commercial risk with the objective of turning a profit, and be subject to loss if the investment fails. In order to document these criteria, we submitted a highly detailed 5-year business plan demonstrating Jacques’ strategy for making the business venture a success.

Moreover, we had to be particularly careful when showing that the funds were lawfully acquired, owned, and controlled due to the large amount of crime and corruption in Jacques’ native country. In order to avoid any processing delays due to greater scrutiny with regards to the legality of the source of his funds, we took great care in documenting the origin and movement of the capital used for Jacques’ investment.

Less than 3 months later, Jacques’ E-2 investor visa was approved! He and his wife were incredibly relieved, as this enabled Jacques to continue to grow his business venture.  His wife obtained an EAD work permit and began looking for a new job. We will continue to file E-2 extensions on their behalf as long as Jacques wishes to continue to direct his company’s U.S. operations.