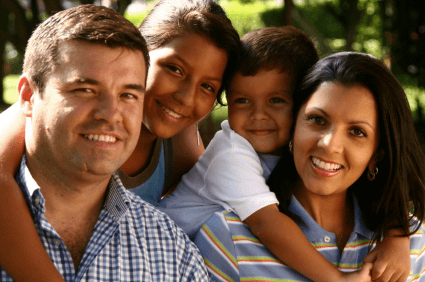 While we await the decisions of the 5th and the 9th Circuit Courts of Appeals in the “automatic conversion” cases, two other circuits have issued decisions on other sections of the Child Status Protection Act (CSPA) which reject the government’s restrictive interpretations.

On July 19, the 11th Circuit Court of Appeals ruled for the government in the case of Medina Tovar v. U.S. Attorney General. At issue was whether Mr. Medina Tovar had “sought to acquire” permanent residence in the U.S. within the one year period required by CSPA. Although the court ruled that he did not, the Court held that

The Court cited the unpublished BIA decisions in Kim, Murillo, and Castillo-Bonilla, all of which reject USCIS’ restrictive interpretation that a person can not be said to have “sought to acquire” permanent residence unless then actually “filed” an application for a green card.

The Court stated as follows:

“We find the BIA’s reasonable interpretation in these cases to be persuasive and in sync with the intent of Congress in enacting the CSPA. Hence, we conclude that Congress’s use of the term “sought to acquire” in the CSPA is broad enough to encompass substantial steps taken toward the filing of the relevant application during the relevant time period, but does not require that the alien actually file or submit the application.”

Then, on July 27, the 7th Circuit Court of Appeals rejected the BIA’s restrictive interpretation of CSPA’s “effective date” section in Arobelidze v. Holder.

This case involved a child (“Nino”) who was under 21 years of ago when her mother had a visa petition approved as an Outstanding Researcher. However, both of their applications for adjustment of status where denied because of the mother’s unauthorized employment.

The mother departed the U.S. and returned with a temporary working visa. The daughter remained in the U.S. The mother and daughter, who was now over 21 years of age, both re-applied for adjustment of status. The mother’s application was approved while the daughter’s was denied on the grounds that she had aged-out.

The daughter renewed her application for adjustment of status before an Immigration Judge, arguing that her age was frozen as a minor when her mother qualified as an Outstanding Researcher.

Although both parties argued before the Court that the effective date subsection of CSPA is clear and unambiguous, the Court disagreed.

After examining the BIA’s decision, the Court found that:

“We cannot say that the Board’s interpretation of subsection (1), which led it to hold that Nino fell outside of the CSPA’s coverage, is persuasive. For one, the Board’s consideration is far from thorough – its effective date analysis occupied all of a paragraph of thought. The Board made no effort to consider how its interpretation of subsection (1) harmonized (or failed to harmonize) with the other effective date subsections. Moreover, the Board did not address the legislative history of subsection (1) or the tension between the Board’s reading and the fact that the CSPA was meant to be an ameliorative statute, applying to as many parties as practicable. These are proper inquiries that the Board ignored.”

The Court remanded the matter to the BIA, but not before stating that they disagreed with the Board’s restrictive interpretation of CSPA’s effective date provision:

It interesting to see how these two Circuit Courts of Appeals rejected the government’s restrictive interpretations of who benefits from CSPA. Much of the language quoted above from the Arobelizde could easily be applied to the BIA decision in Matter of Wang.  Therefore, we immediately apprised the 9th Court of Appeals of the decision of the 7th Circuit Court of Appeals in Arobelizde.

Will this influence the nationwide class action lawsuit regarding CSPA’s automatic conversion clause?

Only time will tell.