A Long & Winding Road to a PERM Approval 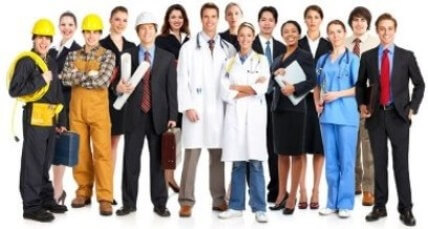 A PERM approval is generally the first step in a process where an employer sponsors a foreign-born worker for permanent residence in the US. The employer must advertise the job and demonstrate to the US Department of Labor (DOL) that the employer is offering the prevailing wage (or the actual wage if this is higher) to the employee and that no minimally-qualified US workers have applied for the job.

In September 2012, we were hired by an IT company to begin the process of filing a PERM application on behalf of Pramod, a computer programmer

Most of our cases take 6 to 8 months from the start date to get a PERM approval. This case, however, was selected for an audit by the US Department of Labor (DOL). Although PERM cases are randomly selected to be audited by DOL, some cases are also selected for “Supervised Recruitment”, where every step of the process is closely monitored by the DOL. In Pramod’s case, the DOL issued a Notification of Supervised Recruitment which vastly increases the time it takes to process the PERM application.

To make matters worse, in June 2014, we received a notification from the DOL stating that after review, Pramod’s PERM application was denied!

In response, we submitted a Request for Reconsideration Based on Government Error. We stated the DOL had committed an error on the PERM application and submitted evidence that the new site was located within the same MSA as the employer’s previous address. A few months later, DOL concluded that we were correct and rescinded their earlier denial.

Finally, in February 2015, we received a DOL draft of the advertisements’ corrections, which allowed the employer to begin posting recruitment advertisements for Pramod’s job.

An important part in the Supervised Recruitment process is the specific set of procedures the job advertisement must follow. The advertisement is not only time-sensitive, it must also meet all the guidelines imposed by DOL’s Certifying Officer. For example, the Certifying Officer demands that the advertisement be placed on a website for 30 consecutive days within 15 days of receiving the notification. Furthermore, all the recruitment efforts need to be documented appropriately.

Pramod and his employer knew all too well that any small mistake on the PERM application would not only result in a denial, but would also make it impossible for him to extend his H-1B beyond his 6th year.

Then, earlier this summer, we received a PERM approval for Pramod!

We are now in the process of preparing an I-140 Immigrant Visa Petition which we will submit to the USCIS on behalf of Pramod’s employer. While waiting for his priority date to become current, Pramod can have his H-1B nonimmigrant status extended beyond the 6-year limit.