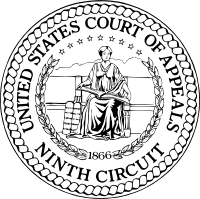 998, the U.S. Court of Appeals for the Ninth Circuit issued the deci
sion in the CSS v. Reno predicted by the December 5, 1997 letter by the
plaintiffs’ attorneys reprinted below.

Essentially, the Court ruled in favor of the government, and ordered the District Court to dismiss all of the plaintiffs’ claims. Although, in the absence of proof of fraud, no CSS applicant will automatically be deported, it can be expected that after the District Court dismisses the case, the INS will no longer extend Employment Authorization Cards to CSS applicants, and may cancel all existing cards. Applicants should immediately pursue other opportunities to legalize their status.

This decision is thought to mark the beginning of the end of all late amnesty cases.

In September of 1996, Congress passed Section 377 of the Illegal Immigration Reform and Immigrant Responsibility Act. Section 377 purports to strip the federal courts of jurisdiction to entertain claims relating to legalization under Section 245a of the INA unless the litigant attempted to present a “complete” legalization application and fee to an INS representative during the 1-year legalization application period (May 1987-May 1988). This section of the new law will probably require the INS to give lawful status to certain CSS, Newman and IAP class members (those who tried to file applications with the INS during the 1987-88 application period, but the INS refused to accept the applications), but seriously compromises the likelihood that other class members will receive legalization as a result of one of the late amnesty cases.

Persons who meet these three requirements still have a very good chance of winning permanent resident status through the late amnesty court cases.

If your client did not take a complete application and fee to the INS or a QDE during the regular application period (between May 5, 1987 and May 5, 1988):

Your client has a much slimmer chance of legalizing through the late amnesty cases. We will have a better assessment of such persons’ status once the court of appeals issues a new decision in CSS. Nevertheless, we intend to keep litigating the late amnesty cases on behalf of people who went to the INS or a QDE during the 1987-88 application period, but were told they were not eligible to apply.

We do not know how long it will be before the new decision is issued, but we estimate it will be somewhere between one and four months.

How will your client prove that he or she took a complete application in to the INS or QDE during the 1987-88 application period?

In the wake of Section 377, the INS has repeatedly asked the federal courts to lift the interim relief orders that have allowed CSS and Newman class members to obtain temporary work permits. So far, the courts have turned back the INS’s requests. Therefore, all interim relief orders regarding work permits and stays of deportation remain in effect. The INS should renew a work permit issued to your client under the late amnesty program when it expires. We will advise you if and when this situation changes.

The INS has preliminarily said that “aliens in federal court litigation” are unlawfully present for purposes of Section 212(a)(9). This being said, there are several reasons not to take the INS’s interpretation at face value.

First, class members who obtain legalization under the late amnesty cases will in all likelihood adjust their status without ever having to leave the country, in which case Section 212(a)(9) would not apply.

Third, CSS and LULAC class members have been granted work permits and stays of deportation by the federal courts. Their presence here has been authorized by court order and, accordingly, has been lawful. If the INS insists that aliens in federal court litigation are unlawfully present, we will ask the federal courts to rule otherwise.

Action you should take now to protect your client’s rights: