President Biden got rid of most of former President Trump’s immigration travel bans.

On September 20, 2021, it was announced that 18-month ban on travel by visitors from 33 countries, including members of the European Union, China, Iran, South Africa, Brazil and India would end in November 2021. Foreign travelers will need to show proof of vaccination before boarding and a negative coronavirus test within 3 days of coming to the U.S.

On October 1, 2020, a Federal Judge partially blocked the Administration’s June Travel Ban on some temporary work visas, but only for certain employers.

On July 17, 2020, the State Department published a list of exceptions to the President’s latest travel bans.

In a Presidential Proclamation dated January 31, 2020, the Administration added 6 countries to the Travel Ban – Nigeria, Tanzania, Sudan, Myanmar, Eritrea and Kyrgyzstan. The expanded ban went into effect on February 21, 2020..

Citizens of most of the newly added countries are not barred from getting temporary visas to visit, study or work in the United States. However, they will face additional scrutiny when applying for nonimmigrant visas.

However, many are now barred from obtaining green cards abroad, although some are only prohibited from getting immigrant visas through the diversity lottery.  They may apply for waivers although only 6% of waiver applications are being granted.

Below is a chart which identifies who is affected by the Travel Ban:

History of the Travel Ban

Early in 2017, President Trump issued a travel ban (TB) on individuals from Middle Eastern countries. The first travel ban temporarily barring 7 predominately Muslim countries from entering the US was quickly blocked by a Federal Judge in Seattle. Trump appealed the decision, but the judge’s order was upheld.

This led to Trump’s 2nd travel ban, which was a revised version of the first. The original executive order applied to current visa holders from the 7 countries, but the revised version only applied to those who had not yet been issued a visa. It only applied to 6 countries, taking Iraq off the list. The ban on Syrian refugees was no longer permanent and Christians were not given preference in being granted refugee status.

Although the 2nd travel ban was struck down by the US Courts of Appeals in both the 4th and the 9th Circuits on June 26, 2017, the Supreme Court reinstated parts on the ban and agreed to hear the government’s appeals of the lower courts decisions.

On September 24, 2017, less than 3 weeks before the Supreme Court was scheduled to hear oral arguments regarding his 2nd TB, President Trump issued his 3rd ban. On December 3, 2017, the Supreme Court allowed it to go into effect on a temporary basis. The Supreme Court approved Travel Ban 3.0 on June 26, 2018.

On January 31, 2020, the Administration expanded the Ban by adding another 6 countries in Africa and Asia. The expanded Travel Ban went into effect on February 21, 2020. 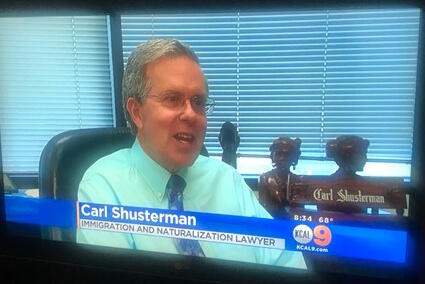 On September 24, 2017, President Trump issued a 15-page order which initially restricted immigration from the following 7 countries: Iran, Libya, Syria, Yemen, Somalia, Chad and North Korea. In addition, Iraqi citizens and government officials and their families from Venezuela will face certain travel restrictions and/or heightened scrutiny when attempting to enter the United States. The travel ban became effective on October 18, 2017.

The Executive Order which implemented Travel Ban 3.0 provides that the State Department and the Customs and Border Protection (CBP) can issue waivers to persons from the affected countries who apply for a visa to come to the US, but only if they meet each of the following criteria:

To date, waivers have been granted to less than 2% of all visa applicants from the banned countries.