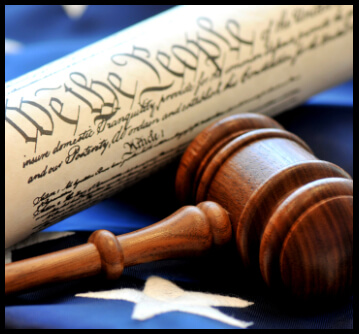 Immigration Court 800 Number – How to Use It

The system works as follows: (1) Dial 1-800-898-7180 and press “1” to hear the instructions in English or “2” to hear the instructions in Spanish. An automated operator will ask you to input the nine digits following the “A” in your alien registration number, or if your A number has only eight digits, it will ask you to input “0” plus the eight digits, on your touch-tone phone (The system will not work if you have a rotary or “dial” phone.)

Upon inputting your alien registration number, the system will ask you to press “1” to confirm that you have inputted your number correctly “2” if you wish to reenter your number. Once your number has been accepted by the system, the automated operator will spell your name, last name first. She (the automated operators are all female) will ask you to press “1” to confirm your name or press “2” to reenter your alien registration number (which is advisable if the name is not yours).

Immigration Court 800 Phone Number – How Well Does it Work?

How does the Immigration Court 800 number work in practice? In my experience, considerably less than perfect. The following two brief examples should suffice:

Recently, our office was successful in obtaining permanent residence through suspension of deportation for a 14-year-old Filipina who has lived in the U.S. with her aunt and uncle for the past ten years. Yet, when I called the (800) number several days after the hearing, the automated operator informed me that the case was still pending. Apparently, the immigration judge was a little slow in giving the automated operator news of the favorable decision. This is the exception not the rule.

Sometimes, however, relying on erroneous information received from the system may be injurious to your immigration status. Consider the case of a young Indian gentleman who came to my office with a letter from USCIS in Phoenix asking him to meet with a deportation officer in three days. As a former INS Trial Attorney, I wondered, “Was the gentleman under deportation proceedings? (He stated that he had never appeared before an immigration judge.) And if so, were the proceedings still pending, or could there be a Final Order of Deportation based upon his failure to appear for a hearing?”

And to my surprise, the deportation officer confirmed that my client was, indeed, subject to a Final Order of Deportation! I explained that my client had never received a notice to appear before an immigration judge, and that there must be some mistake. Sure enough, the court had sent the hearing notice to the wrong address, and when my client did not appear before the judge, he was ordered deported in absentia.

Our office immediately requested that the case be reopened and moved to Los Angeles. We requested and received an immediate stay of deportation while we prepared our case. I often reflect that had we relied on the information provided by the Immigration Courts’ 800 phone number, our client may have been deported.