US Citizenship Through Acquisition from Parents, Grandparents, etc. 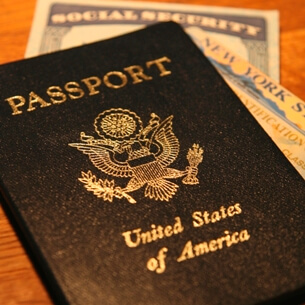 It all started out with a phone call that I received from a man named Brian Olsen in a tiny city in Alberta, Canada near the U.S. border. He was born in Canada, as were both of his parents, yet he felt that he might qualify as an American citizen through his grandparents and great-grandparents. His aim was to live in the U.S. with his new wife who was a native of Belarus and a landed immigrant of Canada.

Yet today, he holds a U.S. passport and so do his parents. How did this happen?

First, it is important to understand that there are three broad categories of U.S. citizens: (1) those who were born in the U.S., (2) those who became US citizens through naturalization, and (3) those who, though born abroad, became citizens at birth through their parent(s) or grandparent(s). This latter group is called citizens by derivation or acquisition.

After the disappointing episode in Montana, Brian turned to the Internet to look for information to prove to the U.S. government that he was, indeed a U.S. citizen. Most immigration websites do not discuss this topic. However, because I had spent at least two of my six years as an INS attorney (1976-82) interviewing applicants for citizenship through acquisition, once in private practice, I represented a number of clients in bypassing a green card stage and proving that they were U.S. citizens. Brian Olsen, using a search engine, had found an article on my United States immigration website entitled Obtaining Citizenship Through Parents. Then he scheduled a telephonic consultation to discuss his situation with me.

However, as I listened to Brian’s story, I began to realize that his was the most complex and interesting claim to U.S. citizenship that I had ever encountered.

Read Brian’s Story and to learn how he was able to obtain a U.S. passport.