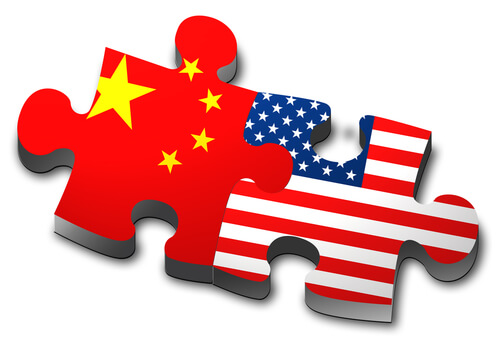 Chinese US immigration is impeded by several unique challenges within the US immigration system, which makes green cards more difficult to obtain for Chinese citizens than for citizens from most other countries.

One of the biggest factors complicating Chinese US immigration is the increasingly backlogged employment categories, particularly the EB2 and EB3 categories.

A major problem for Chinese US immigration is caused by the per country quota on family and employment-based green cards issued by the State Department. Chinese nationals make up a large number of H-1B professionals in the US, and while there is no per country limit on the number of H-1B visas issued, only 7% of family and employment green cards can be issued to nationals of a specific country. As a result, coupled with China’s massive population, Chinese H-1B professionals are forced to wait years and years for green cards, while citizens of countries with smaller populations are able to receive permanent residence much faster.

Another unique aspect of Chinese US immigration concerns the EB-5 investor visa. Investor green cards became increasingly popular amongst Chinese nationals, who receive the vast majority of them. Hence, the EB5 category has been growing increasingly backlogged since August 2014, which was the first time the program hit its quota of 10,000, a figure which has not been updated by State Department for over a decade.

US Embassies and Consulates in China

Chinese Embassy in the US

Prior to the Chinese Student Protection Act of 1992 (CSPA), President George H.W Bush issued Executive Order 12711 in 1990. This policy implementation was solidified by the actual Act in 1992. The Act’s main sponsors were Nancy Pelosi (D-CA) and Senator Slade Gorton (R-WA). President Bush signed it into law on October 9, 1992.

The Chinese Student Protection Act established permanent residence for Chinese nationals that came to the US from June 5, 1989, to April 11, 1990. The Act was targeted towards students. The CSPA was prompted by the political repression the Chinese faced after the 1989 Tiananmen Square protests and massacre. Chinese students who were in the United States during the time of the protests participated in TV interviews, demonstration rallies, and were featured in newspaper articles. Chinese nationals were eligible to apply for permanent residency, even with expired passports. Over the years, the Act granted green cards to an estimated number of 54,000 Chinese nationals.

History of the Chinese Exclusion Act

The Chinese Exclusion Act was a federal law signed by President Chester Arthur in 1882, prohibiting all immigration of Chinese laborers for 10 years. The law excluded merchants, teachers, students, travelers, and diplomats. Building on the earlier Page Act of 1875, which banned Chinese women from migrating to the US, the Chinese Exclusion Act was the only law ever implemented to prevent all members of a specific ethnic or national group from immigrating to the US.

Passage of the law was preceded by growing anti-Chinese sentiment and anti-Chinese violence, as well as various policies targeting Chinese migrants. The act followed the Angell Treaty of 1880, a set of revisions to the U.S.–China Burlingame Treaty of 1868 that allowed the U.S. to suspend Chinese immigration. The act was initially intended to last for 10 years, but was renewed and strengthened in 1892 with the Geary Act and made permanent in 1902. These laws attempted to stop all Chinese immigration into the US for ten years, with exceptions for diplomats, teachers, students, merchants, and travelers. They were widely evaded.