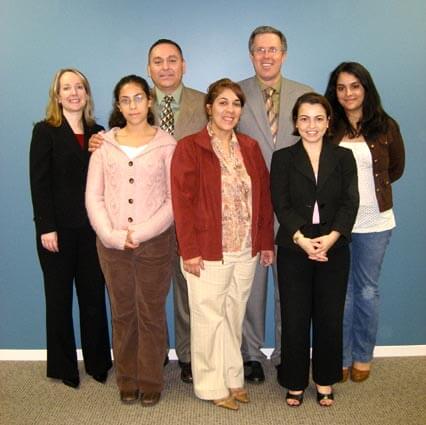 Benjamin Cabrera arrived in the United States from his native Mexico as a teenager. Londy traveled here a few years later from Guatemala.

They married and set out to seek the American Dream. Londy gave birth to two lovely daughters, Diana and Jocelyn. They mentored their children, and both became straight-A honor students. Diana received a scholarship from Johns Hopkins University at the tender age of 11. The parents saved their money and became homeowners. They paid their income taxes.

They contributed to the support of their parents. And they were active members of their community. Benjamin applied for farmworker amnesty in the late 1980s since he had worked picking crops when he first came to the U.S. When his application was rejected, he and his wife decided that they did not want to live in the U.S. without the authorization of the government.

Most of the couple’s relatives, their daughters, parents, brothers and sisters, and nieces and nephews are either US citizens or permanent residents.

However, because of huge waiting times and increasingly restrictive immigration laws, the only way for the Cabreras to achieve permanent residence was to have our law firm place them before an Immigration Judge, and to ask the Judge to grant their applications for Cancellation of Removal. This was risky business since if the Cabreras were unsuccessful, they would be forced to leave the United States.

Fortunately, Immigration Judge Bruce Einhorn was so impressed with their daughter Diana’s achievements in her academic career that he granted permanent residence to her parents.

In his decision, Judge Einhorn found that:

“…each respondent has demonstrated that her/his removal of the United States would cause exceptional and extremely unusual hardship to their United States citizen daughter Diana. The record is overwhelming and consistent that Diana is an extremely gifted and talented student who has become eligible for outstanding and extremely critical honors programs to be administered by a major American university here is southern California over the next four summers…The evidentiary record, both documentary and testimonial, indicate that the performance of Diana, and her educational future are due largely if not exclusively to the support, encouragement, and overwhelming intervention of her parents in her education.”

This should have been the end of the matter.

Instead, it was only the beginning.

The government attorney appealed the matter to the Board of Immigration Appeals (BIA) which overturned the Judge’s decision.

In the meantime, the family’s plight received widespread and sympathetic attention in the media, and both Senator Diane Feinstein (D-CA) and Representative Lucile Roybal-Allard (D-CA) introduced private bills in Congress to grant green cards to the Cabreras.

What Happened to the Cabrera Family?

We challenged the decision of the Board of Immigration Appeals in the U.S. Court of the Appeals for the 9th Circuit and we were successful. The government’s attorney asked the Court to send the matter back to the Immigration Court.

The Court did so and Judge Einhorn again granted Mr. and Mrs. Cabrera’s applications for cancellation of removal.

This time, the government did not appeal.

The family’s story was featured in a Los Angeles Times article entitled “Officials Will Drop Efforts to Deport Parents of Gifted Child” which quoted the following portion of Judge Einhorn’s decision:

“Just as it would be developmentally harmful to require a disabled child to forgo the special educational services available in the United States, it is as equally damaging and tragic to require a highly gifted student to forfeit a developmentally appropriate education because of the immigration status of her parents.”