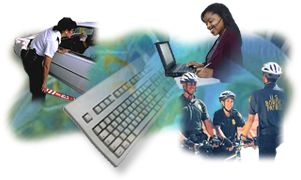 Under the automatic visa revalidation provision of U.S. immigration law, certain persons holding expired nonimmigrant visas who seek to return to the United States may be admitted at a port of entry by U.S. Customs and Border Protection (CBP), including, but not limited to the following:

A person is eligible for automatic visa revalidation provided the following conditions are met:

Automatic Visa Revalidation – Who is Ineligible?

Many nonimmigrants will need to reapply and be reissued visas to reenter the U.S. when their existing visas have expired, even if they are in possession of valid admission stamp or paper Form I-94, because automatic visa revalidation applies to limited categories of travelers. Refer to the Automatic Visa Revalidation Fact Sheet on the CBP website. The following temporary visitors whose nonimmigrant visas have expired, but who have a valid admission stamp or paper Form I-94, must reapply for and be issued nonimmigrant visas prior to their reentry to the U.S. if one or more of the following situations exists (this is not a complete listing):

To increase efficiency, reduce operating costs, and streamline the admissions process, U.S. Customs and Border Protection (CBP) has automated the Form I-94 at air and sea ports of entry. The paper form is no longer provided to a traveler upon arrival except in limited circumstances, and at land ports of entry. Travelers are given a CBP admission stamp on their travel document. If a traveler needs a copy of his or her status or I-94 (record of admission) for verification of alien registration, immigration status, or employment authorization, it can be obtained from https://I94.cbp.dhs.gov.

This fact sheet contains frequently asked questions about the I-94 (record of admission) automation.