DUI and Your Immigration Status 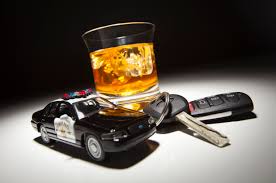 If you’ve ever gotten a traffic ticket, you might wonder how it will affect your immigration status as a green card holder. When it comes to receiving a DUI, there may be cause for concern about where you stand. Typically, receiving one DUI conviction will not put you in a bad place with the government. It can however become more of an issue if you commit more than one of this type of offense, or if there are other factors involved that complicate the situation. It is important to talk to your immigration attorney about your current situation and if it is dangerous for you on either of two important grounds: the crime may cause the immigrant to be deported, or the crime may found as grounds for inadmissibility, preventing reentry into the U.S.

Within immigration law there are certain actions that qualify individuals for deportation if completed. If matched with a DUI, the individual may face legal immigration trouble. If a legal permanent resident matches any of the scenarios on the list below, he or she may be subject to removal proceedings in immigration court and forced to leave the country. In this situation, traveling outside of the U.S. may only further damage the person’s chances of remaining within the United States as green card holder. Once you are deported, you will not be able to return or reapply for another green card or visa for as little as 3 and as many as 10 years. See the types of ‘deportable’ crimes below:

“Inadmissibility” is something that the government thoroughly checks before each immigrant’s application for a green card is approved. If an individual is found inadmissible, he or she will not be approved for a green card and will therefore not be allowed entry into the United States. Individuals who currently hold lawful permanent residence here were originally deemed “admissible” by the U.S. government. If an individual leaves the United States however, whether he or she will be allowed to reenter into the country will depend on a few factors: how long you were away (180 day cut off), if you committed a crime while away, or if you committed a crime in the U.S. before leaving. In regards to a DUI conviction, your chances of becoming inadmissible become higher if it is paired with one of the following:

In cases of travel, the individual will have to go through Customs and Border protection upon return, which will uncover any criminal acts that may prevent the individual from reentry.
If you have a DUI and are unsure that you fit into any of the above categories, talk with your immigration attorney to assess your legal immigration status.